Home » News and events » All stories » The fine art of policymaking 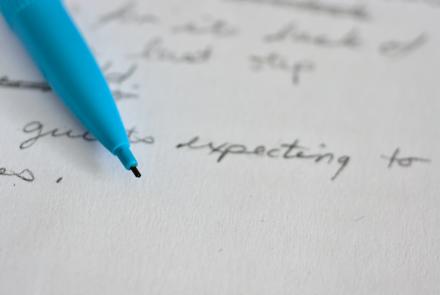 The fine art of policymaking

Crawford School’s executive education is your pathway to professional development. Executive education gives you access to a diverse range of short courses, Masterclasses and tailored or bespoke programs developed for Government.

Policy Forum Pod: What do policymakers think of scientists?

Like any good story, policymaking is a journey from the germ of an idea to its ultimate conclusion. But for too many public servants, the story consists only of the chapter they are asked to contribute to.

To help tell the whole story, Crawford School’s Executive Education offers an innovative one-day course which guides public servants through the making of policy. The course highlights the difference between good and bad policy.

“It’s important for any public servant involved in policy to understand the entire process even if they’re not involved at every stage,” facilitator Kristen Connell said.

“Policy is a process from concept to delivery and announcement to the public. How we manage that narrative is crucial. Bad policy is usually policy that isn’t developed fully. Good policy is fully developed, fully understood and effectively narrated.

“Every policy should have at its base the good of the country.”

Connell, a Partner in Talkforce Media and Communications and a former Press Gallery journalist, said the period running up to and immediately following an election was a good time for public servants to refresh their understanding of the entire policy process.

“Governments make policy decisions at a variety of times during the electoral cycle for a variety of reasons. An election campaign is an interesting time. Promises are made to win votes that may not make good policy in government,” she said.

“The public service has to be able to understand how to implement that promise. So you may have to shape policy ideas that have flaws and turn them into effective policy. So it’s being able to influence policy, not just deliver policy.

“The context is very important. You have to understand what it is that the government is trying to achieve. What is the political context? What is the community context? Is the policy fully funded or is funding unattainable? How do we explain to the public what we’re doing?

“One of the main reasons we look at the context around policy is to highlight that what was good policy last year may not be good policy this year. One example is the White Australia policy; at some stage in history it was considered good policy. Now we look back and think: why would you ever have done that?

“During the course we look at examples of both good and bad policy from contemporary situations, including Australian refugee policy and the changes to novated leases and how those issues played out in the public sphere.”

For further details go to: https://crawford.anu.edu.au/executive_education/course/introductory/250/...