Home » News and events » All stories » Time to dethrone GDP 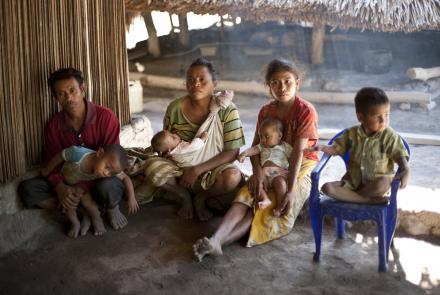 Crisis may trigger transition
Could Trump be the catalyst for change?

In a commentary piece for the latest edition of Nature, Crawford School of Public Policy’s Professor Robert Costanza and Dr Ida Kubiszewski, along with other co-authors, have urged all countries to establish new metrics to assess social well-being.

Costanza says that Gross Domestic Product (GDP) is no longer an effective way of measuring the success of a country.

“When it was instituted seven decades ago, GDP was a relevant signpost of progress,” said Costanza.

“Increased economic activity was credited with providing employment, income and amenities to reduce social conflict and prevent another world war. But the world today is very different compared to how it was then.

Costanza says that the time has come for change and that GDP should be replaced by the new metrics connected with the UN’s Sustainable Development Goals (SDGs).

“The chance to dethrone GDP is now in sight,” he said.

“By 2015, the United Nations is scheduled to announce the SDGs, a set of international objectives to improve global well-being.

“Developing integrated, measures of progress attached to these goals offers the global community the opportunity to discuss what sustainable well-being means, how to measure it, and how to achieve it.”

Costanza added that if a successor to GDP isn’t created and changes aren’t made, then the effects will be detrimental for the future of the world.

“Failing to make changes will condone growing inequality and the continued destruction of the natural capital on which all life on the planet depends.”