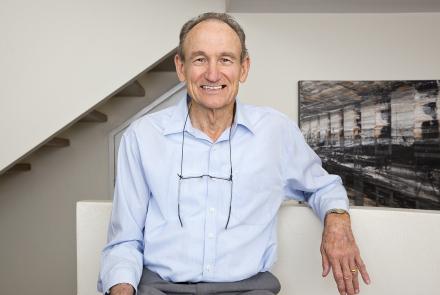 Ron Duncan is an Emeritus Professor at Crawford School.

Crawford School Emeritus Professor Ron Duncan has been recognised in the Australia Day Honours for his work as one of Australia’s top economists and for his continued efforts to raise living standards in Pacific Island nations.

Professor Duncan was appointed an Officer of the Order of Australia (AO).

“It is a great honour for me. And it has come as a total surprise,” Professor Duncan said.

His citation reads: “For distinguished service to international relations as a leading economist, and through innovative economic policy development to raise living standards in Papua New Guinea and Pacific Island nations.”

Professor Duncan’s career has taken him around the world, including a long stint at the World Bank in Washington, where he eventually became chief of the bank’s international trade division.

He earned his PhD at ANU in 1972, sharing a crowded office with fellow student and now ANU academic Professor Ross Garnaut.

He returned to the University in 1994 as a professor of economics at Crawford School of Public Policy and as Executive Director of the National Centre for Development Studies.

Since his return to ANU, Professor Duncan has focused on economic development in Papua New Guinea and Pacific Island states, spending six years in Fiji promoting economics and advanced studies at the University of the South Pacific in Suva.

He retired from ANU in 2003, but has worked tirelessly ever since.

He continues to mentor students and leaders, and promote economic debate, in every country in the South Pacific, including the tiny nations of Kiribati, Nauru and Tuvalu.

“My main interest is education. I love to find someone who is interested in economics and politics, and then help in a mentoring role,” he said.

He says he is particularly pleased when former students start to have an impact on policy in their countries.

“That’s the greatest thrill,” he said.

“I have a standing invitation to my former students that I’m available to help, and I regularly look over briefs and submissions from students who are now leaders in the region.”

ANU Vice-Chancellor Professor Ian Young, himself an Officer of the Order of Australia, congratulated Professor Duncan on his award.

“Professor Duncan has made an enormous contribution to ANU, to Australia and to the South Pacific,” Professor Young said.

“His award is due recognition for a life of service and a passion to help improve the lives of people in our region, and I congratulate him on this well-earned honour.”