Home » News and events » All stories » Age before bounty 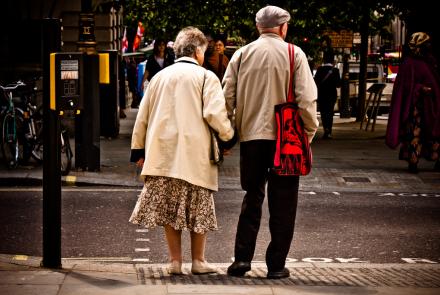 Dr John Hewson AM is a former federal opposition leader and is an Honorary Professorial Fellow at Crawford School of Public Policy.

The elephant in the (budget) room
Australia needs to examine overall tax reform for the future, writes Miranda Stewart.

It’s a story we’ve seen before, and we already know the likely ending: first come reports that government is “actively considering” an unpopular choice, then public outrage runs its course; then the threatened option comes to pass.

Current rumours have the government considering an increase of the retirement age to 70, slashing the pension, and tightening eligibility criteria on the basis of a yet-to-be released report by the Commission of Audit.

We’ve heard a lot about the rising cost of spending on age pension – people are living longer; this is already being managed by a slowly-staged increase in pension age to 67 by 2023.

While there is room to better target the pension through tighter means-testing, spending on age pension is not where the budget is being blown. There are other ways to cut back.

Last week, I made the point to the Senate Committee into the Commission of Audit that while Australia has one of the lowest tax and expense-to-GDP ratios among OECD countries, the IMF reports that we have the highest tax-concession expenditure (as a share of GDP) of the countries considered.

Assistance enshrined in our tax system is worth about $120 billion this year alone and grows to $150 billion by 2016-17.

If the Commission of Audit doesn’t look at this, its recommendations may be half-baked and indeed may make the government’s political task harder than it needs to be. There will likely be easier savings from cutting wasteful tax expenditures than from cutting valuable social programs.

There is certainly more than one way to balance a budget, and we must wonder: do we really need to deny people a pension until they turn 70? (Have you spent the day with a sixtysomething year-old builder or road worker, sales assistant or nurse, and seen how they live, day to day?)

It’s worth reconsidering concessions granted for super: they’re as costly as the age pension ($44.8 billion compared to $44.9 billion in age pension), but are growing more rapidly.

If the ultimate goal of superannuation tax concessions is to support people in retirement by providing incentives to save, concessions must be better targeted and subject to the same scrutiny as pension spending. High-earner skew

Treasury estimates that from the combined support of superannuation tax concessions and the age pension, most people (about 80 per cent) receive around $270,000 support over their lifetime. In contrast, the top 1 per cent of male income earners receives about $520,000 support over their lifetime, because of significant tax concessions to high-income earners.

Surely, we don’t believe that the top 1 per cent require that much incentive to adequately save for their retirement.

These tax concessions not only skew heavily towards high-income earners: low-income earners are actually penalised for saving (you read that right: penalised). Individuals earning less than $20,500 are taxed more heavily on superannuation contributions and earnings (15 per cent), than on their own income (0 per cent). High-income earners have around two-thirds of their tax rate slashed in super.

For example, a person who earns $250,000 only gives up $62.50, after tax, to boost their superannuation savings by $100. Contrast this with a person earning $20,000, who gives up about $118 after tax to boost savings by $100. This person would have to pay more tax on super, including their employer contributions, than on their wage.

These numbers are enough to surprise anyone: the low-income earner has to pay nearly twice as much to boost their super savings by the same amount. This from a system designed to encourage sufficient saving for retirement?

As a result of this poorly targeted tax concession, 36.1 per cent of the benefits go to the top 10 per cent of income earners, whereas the bottom 10 per cent don’t receive any assistance at all, but are instead penalised.

The Henry Review recommended this tax concession be reformed. Low-income earners, who are less likely to have adequate savings for retirement, should be the target of incentives to save.

The review also recommended removing the current exemption for earnings in the retirement stage.

We don’t understand how anyone can argue, in good faith, that there are insufficient funds to support pension for low and modest-income workers who have worked all their productive lives, yet, in the case of a retiree with $10 million in super, suddenly there are sufficient funds for a tax break of $280,000 on their earnings, each year.

Indeed, an appropriate reform of age pension should increase support for the most needy, while being targeted more effectively.

If we need to find savings in this space, we cannot afford to ignore super tax concessions. Increasing the age pension age to 70 would unfairly hurt vulnerable people in occupations with low incomes and short-working lives, while the wealthy would still be able to draw down on a significant form of government support from the age of 60.

Increasing the age pension age to 70 may have to come to pass one day, but why would we do that before we have already exhausted the other sound options.

This article was first published in the Australian Financial Review: http://www.afr.com/p/opinion/end_super_distortions_before_raising_G3AWh6...