Home » News and events » All stories » The seat of power 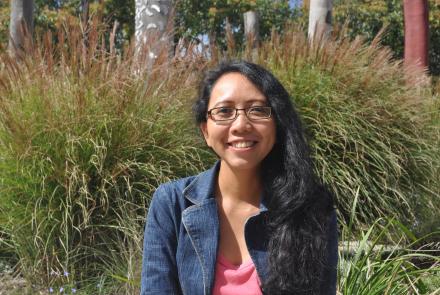 The seat of power

Journeys of the mind
Changing failure into resilience.

Toilets seem like a pretty unlikely inspiration for a PhD, but for Yulia Indrawati Sari they resonated beyond their everyday, practical use.

While researching other issues in Indonesia, Sari noticed a seemingly incongruous fact: of 3,234 villages in Papua Province, Indonesia, who have been given Community Driven Development grants, almost 80 per cent had used the grant to build a toilet or water reservoir.

Community Driven Development is a term coined by the World Bank to describe an approach to delivering public goods and services by giving communities control over decision making and investment of funds.

Given the purpose of Community Driven Development grants is to let the people decide what their village most needs, why did so many come up with exactly the same decision?

“What’s going on? They don’t really need the toilets; they’ve never really been used especially in the highland areas where people live in a more traditional way. So why a toilet,” Sari asks.

“It’s still a mystery for me. Is it a combination of convenience, power and accountability? Is it what the villagers want?”

The Crawford School of Public Policy PhD scholar has spent the last year researching the issue from Australia.

In June she will head to the field for 10 months to conduct qualitative research in four villages looking specifically at the National Program for Community Empowerment in Papua Province.

Sari will interview stakeholders at all levels to try and identify what influenced their decision that ended with “villagers” building so many toilets rather than spend the money elsewhere.

Community Driven Development is a significant part of delivering funding to communities. The World Bank spends US$16 billion annually to fund 637 programs around the world.

“We need research to understand what Community Driven Development can achieve, as well as its unintended effects and see what is happening on the ground,” she said.

“Papua Province is so diverse, so what were the influences that saw so many villages choose the same project?

“I hope my research will provide the answer.”