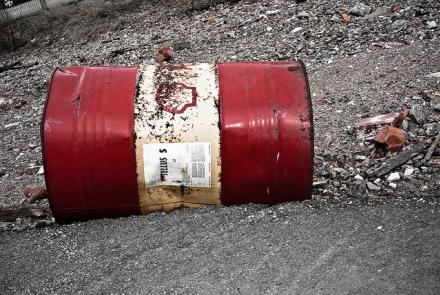 On the road to energy independence

Little green lies
From policy to politics through to personal decisions, thinking ‘green’ is changing our lives in numerous and profound ways. But are those decisions based on the best evidence? PROFESSOR JEFF BENNETT writes that we need to look out for ‘little green lies’.

The United States of America is experiencing a boom in oil production. Already one of the largest oil producers globally, the US increased production from 8.5 to 12.4 million barrels per day between 2008 and 2013, outstripping Russia and Saudi Arabia to become the largest global producer according to the Energy Information Agency. But what are the implications for its foreign policy, including US engagement in the Middle East?

Speaking to the Crawford Conversation podcast series, Crawford’s Dr Llewelyn Hughes said the transition to energy independence in the USA was part of a historical level of change in the global oil market.

Dr Hughes’s paper on the subject is published in the journal Energy Research & Social Science. The paper examines what leads policymakers in the US Congress to support measures that promote energy independence, with implications for how increasing oil abundance will affect their attitudes towards US foreign policy.

“If you look at the history of US energy policy, then probably the most significant driver of US policy has been a quest for energy independence.

“You can even go back to 1918 - 1919 and see the State Department putting resources into promoting the interest of US firms aboard, because they were scared they would run out of oil at home,” said Hughes.

While energy independence clearly has important economic benefits, because of this it also raises important questions for policymakers.
Dr Hughes highlighted President Carter’s State of the Union address in January 1980, in which he said that control over oil in the Persian Gulf was a crucial national interest to the United States.

“This (address) has been the foundation of US policy for a very long time. So it begs the question, when the US is no longer dependent on international markets for supply, what is this likely to mean to foreign policy?”

Dr Hughes’ research examined this question by looking at voting data that reveals what leads US policymakers to support measures designed to increase energy independence. He said said that despite the rapid rise in US oil production, his research suggests there are limits to the extent this will reduce role in international events.

“We found that…particularly politicians who have a set of ideas that are about increasing America’s ability to take unilateral action in the international system…are those who tend to vote for energy independence. What that tells us is that there are also a large number of people who are interested in multilateralism, who are less interested in energy independence. So we would expect a number of congressmen to maybe rethink engagement in the Middle East, but their views are going to be balance against those for whom energy independence isn’t such a big deal,” said Hughes.

Are you interested in studying with Llewelyn Hughes? He teaches Empirical Political Analysis 2: Political Economy (POGO8050).

To find out more about Dr Hughes’s research, you can read his paper here.