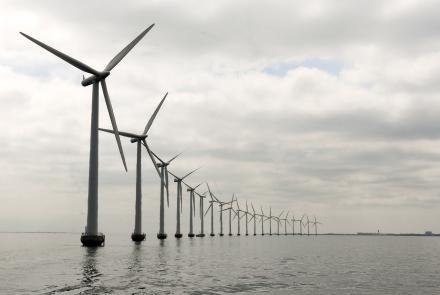 The Master of International and Development Economics provides students with world-class training in applied economics and its application to economic policy. Find out more here.

The implications of climate change for national security

The Master of International and Development Economics (082308A) students submitted 2000 word essays on any topic relevant to the economic analysis and discussion of policies or other factors affecting primary industries, resources, or the environment.

Jon Regan-Beasley’s winning essay assessed the Greenhouse Development Rights framework, which proposes that mitigating climate change should be the responsibility of all people in all countries who have reached a specified development threshold.

He argued that the framework represents a unique opportunity for the consideration of equity as the world seeks to finalise a global agreement on climate change mitigation by the end of 2015.

“Winning the competition means that the issue of equity in global climate negotiations gets a bit more exposure and that’s a fantastic outcome. In writing the essay I particularly appreciated the invaluable support I received from Crawford’s Stephen Howes and Jonathan Pickering,” Jon said.

Runner-up, Zak Rich wrote about the use of discount rates in evaluation of far-distant environmental costs and benefits.

“I chose the topic because I had undertaken a number of cost-benefit analyses while working in government and noticed that the impact of an exponential discount rate always seemed to allow long-term environmental damages to be unreasonably assumed away.”

He found that in democracies, politicians and voters both demonstrate short-sighted preferences and as such an independent body should decide upon the parameters used for discounting future costs and benefits in policy analysis.

Second runners-up Shenglang Yang and Iván González Gordón were congratulated for their essays on the effect of financial development on urban air quality in China and trends and projections of man-made CO2 emissions in the Union of South American Nations (UNASUR) respectively.

The winners received a range of prizes and an AARES student membership.