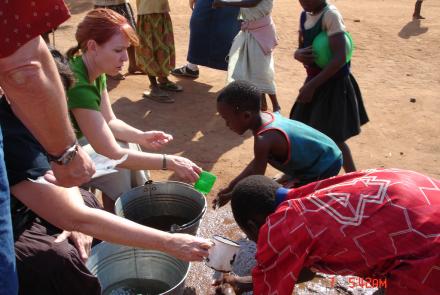 A river runs through it
What are the social and economic consequences of New Zealand giving a river legal personhood?

Since the advent of the Abbott government, Australia’s foreign policy towards Africa has received no attention. A recent announcement that the government was in the process of closing its Ebola Treatment Centre in Sierra Leone coupled with Tuesday’s budget make it timely to examine Australia’s overall foreign policy towards Africa in the past 18 months.

So far, the Abbott government’s Africa related foreign policy initiatives have largely supported the argument that Australia’s ‘new engagement’ with Africa during the Labor years was all about winning United Nations Security Council votes. Foreign Minister Bishop has made one trip to the continent (South Africa, Madagascar, and Mauritius), which represents a good sign that the government is interested in maintaining some form of foreign policy engagement with African countries. However, there have been other signs implying that this interest is minimal.

Due to the government’s generally excessive cuts to the foreign aid budget, Africa has emerged as the biggest loser, with some stating that we were experiencing a “virtual end of our aid to Africa”.

This much was seemingly confirmed by Tuesday’s budget which saw aid to Africa cut by some 70per cent. The government’s apparent low regards for engagement with African development issues was further highlighted by the Ebola episode. As the outbreak of Ebola in West Africa intensified from March last year, and the US, UK, and many other countries moved quickly to provide medical personnel and troops to help fight the disease, Australia took until November to finally dispatch a small force of health workers to fight the disease.

The severe cuts to the Africa aid program, the Ebola episode, and the pronounced ‘regional’ foreign policy focus of the government combined give rise to a perception of foreign policy disengagement from Africa. Engagement with Africa was never a main pillar of Australia’s foreign policy agenda, but the current disinterest in African issues could do a great disservice to what has been achieved in the past decade by both Liberal and Labour governments.

The Howard government, during its last term in power, recognised that Australia did indeed have growing national interests in Africa. The Labour government succeeding it took this recognition to heart and acted on it forcefully. Part of it was no doubt motivated by the UN Security Council membership election, but there were important motivations beyond that.

Firstly, Africa offered plentiful commercial opportunities for Australian companies, and regardless of the ‘mining bust’ still does. As The Economist reported back in early 2013, Africa is rising. Several key regional African countries have been experiencing prolonged periods of security and stability, and this has made the continent an attractive destination for commercial opportunities. Ernst & Young’s business attractiveness survey noted in late 2014 that “in less than five years, Africa has risen to become the second most attractive investment destination in the world, tied with Asia”.

Secondly, as the Australian Council for International Development has made clear since the late 1990s, Australian governments have actually been out of step with the Australian public in providing aid to the African continent. Around on third of publicly raised funds have been directed by Australian NGO’s to their programs in Africa. Most years this greatly exceeds the government’s aid budget to Africa.

Finally, on the pure geo-political side of things, Australia—which has benefited immensely from predictable international economic and security rules and norms—cannot hope to achieve anything in upholding or influencing those rules and norms without a significant amount of support from Africa’s 54 UN member states. This much was clearly evident with the 2012 UNSC membership vote and the country’s subsequent term on the council.

Australia compares unfavourably with its G20 peers in terms of diplomatic representation in Africa, sharing the bottom spot with Mexico (both have only eight diplomatic posts there).

The default justification for this would be that other G20 nations have more representation in Africa because it either falls into their sphere of interest and influence, or because they are global powers (China, US) or ex-colonial ones (France, UK). But one wonders why then Indonesia would have 15 posts there, South Korea 21, or Japan a whopping 34.

Notwithstanding its Security Council membership bid, if Australia wants to be considered anything more than a marginal regional player, not to mention a serious top 20 nation, it needs to be proactive in fostering foreign policy engagements beyond its immediate region.

Would we afford Brazil much credibility as an important global player if it were only actively involved in the development and international relations of the Caribbean and South America? No. And contrary to what some in Canberra might think, neither does Australia get a significant reputation boost for being obsessively engaged with ‘the region’.

According to the Department of Foreign Affairs and Trade’s aid to Africa website “Australia has a clear national interest in the security, stability and prosperity of sub-Saharan Africa”. Indeed it does. Perhaps someone needs to remind the government of that.

This piece was originally published in The Canberra Times.