Home » News and events » All stories » A pursuit for gender equality 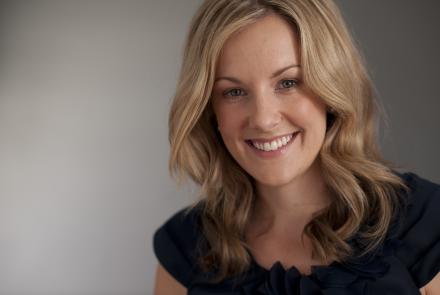 A pursuit for gender equality

If you’re interested in enhancing your ‘know how’ and studying at Asia and the Pacific’s leading public policy school, come along to the graduate studies information session on Wednesday 3 June, 4-6 pm. More information: click here.

With the dream to improve the lives of millions of women, Master of Public Policy graduate Julie McKay is a woman in pursuit of 100 per cent gender equality worldwide.

Juggling the roles of Executive Director at UN Women Australia and Gender Adviser for the Chief of the Australian Defence Force, you would be forgiven for wondering how the Crawford graduate fits it all in.

She says it’s with a lot of commitment and passion for her goals and visions for gender equality around the world.

“I want women and men to be considered equals – under law, in policy and in reality,” says McKay.

“I don’t and can’t accept that one-in-three women will experience violence in her lifetime and many more live with the fear of violence. I won’t accept that women should not have equal access to employment and leadership opportunities simply because we are too lazy to challenge gender stereotypes.

“I want to contribute to changing this for the next generation.”

McKay has a long list of changes she wants to make in Australia and around the world. Having experience wearing two hats has helped shape her thinking on how to reach those goals.

“I am deeply committed to challenging the way we work in Australia and I don’t believe that effectiveness in a role is linked to hours worked.
“To that end, working two part-time roles is something that excites and inspires me, but it is definitely challenging to keep across the broad range of issues that both roles address,” says McKay.

McKay enrolled in a Master of Public Policy degree at Crawford School of Public Policy in 2006 after leaving the corporate sector to take up a position with Homelessness Australia – a small yet critical organisation that supports homelessness and domestic violence services.

“When I took the job up, I didn’t have a domestic policy background and decided to take on a Master degree to support my personal development,” says McKay.

As Gender Adviser to the Chief of Defence force, Julie provides advice on a range of gender issues and works with Defence stakeholders to implement policy and programs that aim at improving women’s experience in the organisation.

“I want to work in organisations and roles that are true to my values and make a real and lasting difference to social equality in Australia,” says McKay.

“The Australian Defence Force has made significant changes in the way that it engages women and I am pleased to play even the smallest part in that journey.”

For McKay, meeting the gender equality challenges throughout Australia and the region isn’t just about know-how; it’s also about how much we want to.

She says policymakers and communities know what needs to be done to achieve gender equality – it’s now a question of investment and will.

“We need to ensure that we retain and grow our aid budget – so that we do not stall progress that has been made across our region,” says McKay.

“In Australia we need to have legislative consequences for a lack of progress towards gender equality – quotas.

“We need to look seriously at the punishments for domestic violence – and end the culture of impunity that exists in Australia and around the world.”

If you’re interested in enhancing your ‘know how’ and studying at Asia and the Pacific’s leading public policy school, come along to the Graduate studies information session on Wednesday 3 June, 4-6 pm. More information: https://crawford.anu.edu.au/events/5664/crawford-school-public-policy-graduate-studies-information-session.