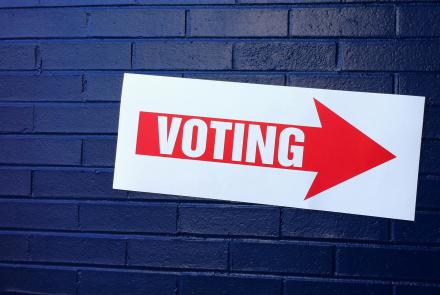 Dr John Hewson is a former leader of the Liberal Party and Chair in the Crawford School Tax and Transfer Policy Institute.

Australia and the USA will head to the polls this year, in contests that will be battles of ideas, ideals, and difficult economic and political realities, writes John Hewson.

Welcome to 2016. It will be a significant election year in both Australia and the US.

The Primary process in the US to select the Presidential candidates is an even bigger circus than usual, especially in the Republican Party, where so many low-grade candidates are vying for the nomination. It’s hard to imagine that the current front-runner, Donald Trump, will actually get nominated, but if he does, he would probably hand a decisive win in November to the almost assured Democratic candidate, Hilary Clinton.

As extreme and repulsive as many find Trump, you can’t ignore the reality that, behind all that bulls—t and bluster, he is tapping into a very important mood of frustration and disenfranchisement in the US. This is especially so among low to middle income earners who haven’t had a significant real pay rise in some 20 years, and who no longer trust or relate to Congress and the processes of government in Washington.

In one form or another, Trump is making many of the points they feel and believe, but are not usually prepared to say out loud. You shouldn’t underestimate this as a political force.

Here, in Australia, the election is Malcolm Turnbull’s to lose, with opposition leader Bill Shorten his best asset. We have had to endure poor government for 10-12 years now, with politics becoming incredibly short-term, opportunistic and negative, with key issues neglected, and major problems left to drift and intensify.

Turnbull looks and sounds more like a leader than any of his predecessors over that period, and this is clearly reflected in both his absolute and relative popularity in the polls.

However, popularity can be quite ephemeral. I suspect that once Turnbull actually starts to govern, to make some of the tough decisions, to create some losers as well as winners, and so on, his popularity could evaporate quite quickly.

He is also leading a divided government, whereby he is beholden to a disgruntled rump of mostly conservative MPs who quite simply don’t like him – indeed, will take any opportunity to undermine him. An inability to manage his backbench was one of the main reasons he failed as leader the first time around.

Turnbull is also constrained by economic reality. Spin as much as he and Treasurer Scott Morrison like, our economy is still struggling to consolidate even 2+ per cent growth, in a developed world looking at a “growth recession”, and a much weaker Chinese economy, compounded by a host of geo-political tensions.

Against these constraints, his election strategy is clear. He will do as little as possible to rock his conservative rump, while running hard on a couple of electoral “positives”.

He can’t, and won’t, do much to actually fix the budget, or explain just how he will meet the committed emissions reduction targets, let alone increase them to what he knows are more realistic targets. Rather he will run hard on issues such as his promised “technological revolution” and “union governance”.

On the latter, he is on very strong electoral ground, as long as he doesn’t create the circumstances, as Howard did, where the unions/Opposition can counter attack with another campaign on workers rights.

Hence, I suspect he won’t take a firm position on penalty rates, concentrating instead on the excesses of union leaders, and their appalling governance. There is every reason why the governance of unions should be judged and enforced by pretty much the same rules as corporations, and their leaders as if directors, and for union super funds to be governed by a majority of independent, non-union directors, and so on.

The key question is just how long Turnbull really has; how long he can hold it together before economic reality bites, or his conservative rump score some real points, and extract even more influence.

I doubt he will actually want to attempt to deliver a Budget in May, so, despite all his “promises to run full term”, the temptation and necessity of an early election may prove too much.

This piece was also published by the Southern Highland News and Policy Forum.