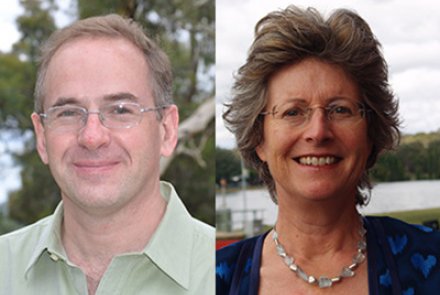 Leading Crawford School researchers Professor David Stern and Professor Jenny Corbett have joined an all-star list of social science academics after their election as Academy of the Social Sciences in Australia Fellows.

Professor Stern and Professor Corbett are two of 39 new fellows announced on 20 September. The researchers will be installed as Fellows at the Academy’s Annual Symposium and General Meeting on 7-9 November.

Professor Jenny Corbett is one of the world’s leading experts on economic and financial policy issues in Japan, regional financial integration, and trade in financial services. She has also served on the University’s executive as Pro Vice-Chancellor (Research and Research Training).

Professor David Stern is a highly influential energy and environmental economist whose research focuses on understanding the relationship between resource use and economic growth and development. He is Director of Crawford School’s International and Development Economics program.

Acting School Director Professor Robert Breunig congratulated the pair and said the recognition by the Academy was well deserved.

“David and Jenny are among the world’s most respected researchers in their respective fields, and their work is widely-known and highly influential,” he said.

“I’m delighted for them both. To be accepted into the Academy as a Fellow is a huge honour, and one which is only bestowed on the country’s leading researchers.”

“When we say that at Crawford School students get a world-leading education, this is what we’re talking about,” said Professor Breunig. “Our students learn from researchers who have been recognised by their peers as the best of the best. We are fortunate to have such an internationally-significant faculty.”