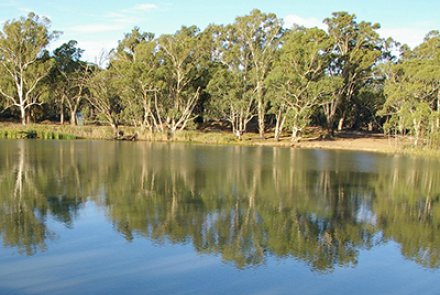 Governments must act now or face a global water tragedy

New research from Crawford School has found no meaningful results from more than $5 billion spent on water reform in the Murray-Darling Basin since 2001.

The research focuses on water use since the Murray-Darling Basin Plan came into effect in 2012, tracking the key indicators of how much water is diverted from the basin for agriculture, and the efficiency of how well that water is used.

The research was led by the Director of the ANU Centre for Water Economics at Crawford School, Professor Quentin Grafton, who has called for an urgent rethink on Australian water policy.

“More than $5 billion in the past 10 years has been spent on recovering water by subsidising irrigators (on and off farm) or buying water entitlements, yet there is very little to show for it.”

The Murray-Darling Basin Plan was brought into effect by then-prime minister Julia Gillard in November 2012 with the aim of returning 2,750 gigalitres of water from agriculture back to the river system.

The plan also aimed to improve water application rates through subsidies to farmers, meaning increased efficiency of agricultural ‘crop-per-drop’. The research shows this has failed to deliver on a basin scale.

“We found the average volume of water applied per hectare is virtually the same in 2014–2015, as it was in 2002–2003, at the onset of the Millennium Drought,” Professor Grafton said.

Professor Grafton said another drawback of the plan was that it failed to take into account any impacts of climate change.

“Climate change was not incorporated in any meaningful way,” he said.

“Whatever reduced diversions are achieved over the 10 years of the Basin Plan, they may already be undermined by higher temperatures and a more variable climate.”

Professor Grafton said it was time for the Government and the States to come back to the drawing board for a rethink on water policy.

“We need to go back to the drawing board,” he said.

“Let’s rethink what we’re doing in terms of water policy. Let’s focus on the evidence and facts rather than rhetoric and special interests.

“If we are not getting reduced diversions in any meaningful way, then that’s going to mean a whole range of negative implications for people that rely on the river, especially when the next drought comes.”

The research has been published in a paper in the journal Water Economics and Policy.