Home » News and events » All stories » All things being equal 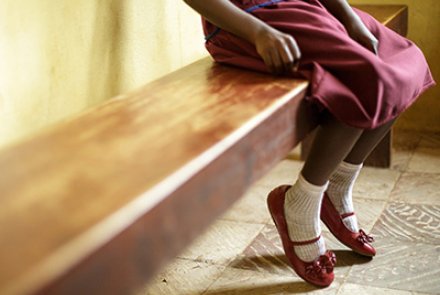 All things being equal

Trump funding cut a dangerous decision
'A disturbing disregard for the health and human rights of women.'

In a new podcast, the Executive Director of the United Nations Population Fund Dr Babatunde Osotimehin discusses family planning, sustainable development, and why there’s still a very long way to go when it comes to gender equality.

Worldwide, around 225 million women who want to avoid pregnancy do not have access to safe family planning methods. What does this mean for health and development, and what can policymakers do about it? These questions were among the topics discussed when Crawford School’s Sharon Bessell and Martyn Pearce sat down for a chat with Executive Director of the United Nations Population Fund (UNFPA), Dr Babatunde Osotimehin. Listen to the podcast to hear about promoting women’s empowerment, and why there’s still a long way to go when it comes to gender equality: http://bit.ly/PFPequality

Sharon Bessell is an Associate Professor at Crawford School of Public Policy. She is also director of the Children’s Policy Centre.

Dr Babatunde Osotimehin is United Nations Under-Secretary-General and Executive Director of UNFPA, the United Nations Population Fund. He is a global leader in the field of public health, women’s empowerment and young people, particularly focused on promoting human rights, including sexual and reproductive health and rights, as well as population and development. Since his appointment as UNFPA Executive Director in 2011, he has spearheaded efforts by the international community to advance the milestone consensus of the International Conference on Population and Development, held in Cairo in 1994.

At the 61st Commission on the Status of Women earlier this month, United Nations Secretary-General Antonio Guterres said that achieving gender parity must be based on women’s empowerment. So how does the notion of empowerment shape the work of the UNFPA? Dr Osotimehin has a simple answer.

“A woman or a girl who is not able to determine her body and her body functions, and what she can do and not do, is not empowered,” he says.

“It is that empowerment that actually leads now to all the other things: economic empowerment, political empowerment, social empowerment, and cultural empowerment. I want to say that the foundation is your ability to control your sexual and reproductive health and exercise your rights as a human being.”

Osotimehin says that a crucial obstacle to empowerment is the lack of comprehensive sexuality education, especially for young people transitioning from childhood to adulthood.

When it comes to the work of the UNFPA, and indeed all the UN agencies working towards the realisation of the Sustainable Development Goals, Osotimehin emphasises the need for governments to take ownership of the process.

“The intent of the 17 goals is that they would be implemented locally by governments – government leading the charge, with private sector, with civil society and the UN assisting it.

“If governments and sovereignties do not own it, there is no way they are going to be able to mobilise resources to be able to implement this.”

The issue of financing is one where gender inequality also rears its head.

“If we were introducing a methodology for detecting or for preventing prostate cancers in men in the world, it would be fully funded by every government, because men make those decisions,” Osotimehin says.

With so much work that needs to happen in the area of sexual and reproductive health, what does Osotimehin consider a priority for the UNFPA over the next five years?

“Today 225 million women who want family planning are not getting it. How can we spend the next five years trying to get that to zero?”

Babatunde Osotimehin was in conversation with Crawford School’s Sharon Bessell and Martyn Pearce. To listen to Dr Osotimehin’s speech to Crawford School of Public Policy, as mentioned in the podcast, click here.

This episode was produced and written by Martyn Pearce and Nicky Lovegrove, with special assistance from Devpolicy Blog’s Camilla Burkot.