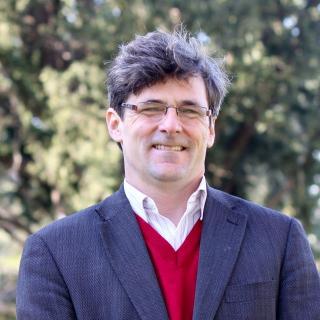 Stephen is Editor in Chief of the Asia and the Pacific Policy Studies journal, which is the flagship journal of the Crawford School of Public Policy. He also co-edits Devpolicy.org, the blog of the Development Policy Centre.

Stephen is a member of the Advisory Group appointed by the Department of Foreign Affairs and Trade for the (Pacific Australia Labour Mobility)https://www.palmscheme.gov.au/ scheme.

Stephen is Chair of Femili PNG, an NGO that supports survivors of family and sexual violence in Papua New Guinea. He also chairs Friends of Femili PNG, the Australian support group for Femili PNG.

Prior to joining the Crawford School in 2009, Stephen was Chief Economist at the Australian Agency for International Development. He worked from 1994 to 2005 at the World Bank, first in Washington and then in Delhi, where he was Lead Economist for India. In 2008, he worked on the Garnaut Review on Climate Change, where he managed the Review’s international work stream.

In 2021, Stephen was part of the three-person Independent Advisory Group (IAG) appointed by the PNG Treasurer that reviewed PNG’s 2000 Central Banking Act. You can read the IAG’s report here. He also in 2021 chaired an interdepartmental working group established by the Department of Foreign Affairs to promote Pacific participation in Australia’s Temporary Skills Shortage Visa.

Stephen served as a Board Member for CARE Australia, and Chair of the CARE Program and Operations Committee from 2012 to 2019. He has previously served on the Board of the Pacific Institute of Public Policy, and on the Advisory Council of the Asian Development Bank Institute.