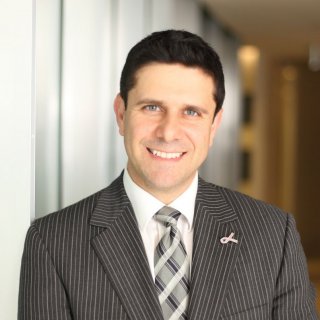 Talal Yassine is an Honorary Professorial Fellow within Crawford School of Public Policy, and an experienced Banker and Non-Executive Director.

After 10 years at PricewaterhouseCoopers as a Director and strategist, Talal joined investment firm Babcock & Brown Ltd in the Corporate Finance Group and later in the Technical Real Estate Division. Later Talal held leadership positions in Better Place Australia and is currently the Managing Director of Crescent Wealth.

Talal serves as the Chairman of Medina Capital, Australian Arab Dialogue Limited, and as the Patron of the Crescent Institute. He also serves on the Western Sydney University Foundation Board.

Talal previously has served as Chairman of the Australian Department of Foreign Affairs, Council of Australian Arab Relations and Platinum Sound Ltd.

Talal has also served the Board of Australia Post, Sydney Ports, Macquarie University.

Talal holds a Master of Laws, a Master of Business Administration and several undergraduate degrees. Talal was appointed as a Professorial Fellow in November 2012.

On Australia Day 2010, Talal was awarded a Medal of the Order of Australia (OAM) for his service to business and to the community through a range of education, health and multicultural organisations.