Home » News and events » All stories » North Korea, the USA, and a question of trust 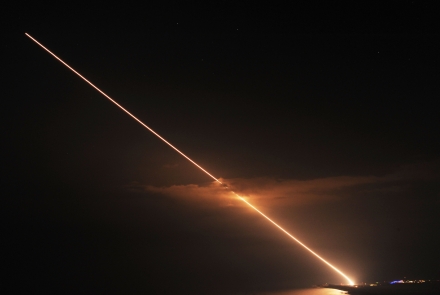 North Korea, the USA, and a question of trust

The nuclear refuseniks
How the recent nuclear vote put Australia on the wrong side of history.

The shifting sands of ‘First Strike’, diminishing chances for a negotiated peace, and a deep distrust of the US are big problems to tackle, Anthony Ricketts writes.

The increasing tensions on the Korean Peninsula are a reminder that important stabilising doctrines such as nuclear deterrence are beginning to fracture.

Since the Cold War, the threat of a nuclear “retaliatory” strike from an adversary has weakened the incentive for a state to strike first in a military confrontation.

The potency of this second-strike capability has dissuaded many from taking Trump’s military bluster seriously. The United States’ limited intelligence of North Korea’s nuclear arsenal, they argue, ultimately takes a US first strike option off the table.

Yet, North Korea’s recent ascension to the nuclear club, along with Trump’s “fire and fury” rhetoric, reminds us that a state with a small nuclear arsenal might be encouraged to strike first, rather than risk losing their limited nuclear capability altogether.

This, as Vipin Narang and Ankit Panda recently argued, entailed the potential for Kim Jong-un to undertake the first strike against the United States, in anticipation of a pending “counterforce” attack by the United States against their nuclear assets.

The US use of the B-1 bomber could be a catalyst that triggers such an event.

The US has been using the B-1 as a “show of force” in and around the demilitarised zone. Each time this happens Pyongyang’s self-restraint from retaliation rests on their Command and Control correctly interpreting the difference between a US “strike” and a simple “show of force”.

Of course, North Korea’s ability to correctly identify a US aircraft is further confused by stealth capability and jamming equipment in other US air assets.

Paradoxically, analysts have pointed to the US THAAD missile defence shield positioned in South Korea as another reason Pyongyang might be encouraged to strike first.

The radars in the THAAD system enable the US to collect important data, such as the location of nuclear weapons, ultimately playing into Pyongyang’s anxiety.

Of course, Kim Jong-un’s nuclear weapons provide him with critical leverage in the event of a conventional war with the US. Were that to happen, the “nuclear card” could be used by North Korea to bring about a negotiated peace that would include keeping Kim Jong-un in power.

The US “trust deficit” in relation to nuclear arms control and non-proliferation is also an important consideration in Pyongyang’s strategic thinking. Three examples, which will be at the forefront of North Korean thinking, make this point.

First, in 2003, the United States government overthrew the Iraqi regime of Saddam Hussein on the basis of his continuing pursuit of nuclear weapons (and other weapons of mass destruction). As we now know, such weapons never existed.

Second, in 2003 Libyan leader Colonel Muammar Gaddafi gave up his nuclear program and allowed international inspectors to verify and oversee the process. Yet, by giving up these weapons, Gaddafi assisted in his own downfall by removing what would have been a significant restraint on Washington’s deliberations to use force in support of the rebels who overthrew, and ultimately killed him, in 2011.

And finally, the Trump administration’s criticisms of the nuclear deal struck between the Obama administration and Iran further plays into this “trust deficit”. Despite the administration’s claims to the contrary, it is clear that Iran “is complying with its commitments” under the terms of the deal.

This track record has encouraged Pyongyang to believe that the only guarantor of regime security is a functional nuclear deterrent capability. For instance, and as reported by Doug Bandow, following the Libyan fiasco North Korea’s Foreign Ministry stated:

“Libya’s nuclear dismantlement much touted by the US in the past turned out to be a mode of aggression whereby the latter coaxed the former with such sweet words as ‘guarantee of security’ and ‘improvement of relations’ to disarm and then swallowed it up by force.” The celebrated disarmament agreement was “an invasion tactic to disarm the country.” The ministry insisted that events demonstrated how the North’s military-first policy was “proper in a thousand ways.”

Events on the peninsula remain unpredictable, and it is clear that these tensions will recede only when communication is opened up between each of the belligerents. While interchanges between Washington and Pyongyang are indeed a critical aspect of this, perhaps more important is dialogue and trust building exercises between South and North Korea.

With the recent swearing in of South Korean liberal President Moon Jae-in, this trust-building seems to be gaining strength. Encouraging this further might bring us a closer to a solution, rather than the military grandstanding that has been ramped up in recent weeks.