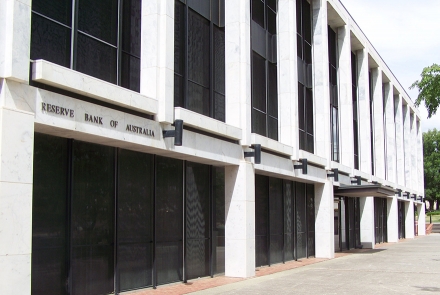 Australia’s official interest rates should remain on hold in September despite a more positive outlook for the Australian and global economies, Crawford School’s RBA Shadow Board has found.

The board of the Reserve Bank of Australia (RBA) will meet on Tuesday to review official interest rates, which have been at a record low of 1.5 per cent since August 2016. Chair of the RBA Shadow Board Dr Timo Henckel said while the economic outlook was more positive, mixed messages from employment data in Australia made it difficult to forecast how the labour market would impact on inflation.

“Solid employment figures, growing business confidence, and a brightening of the global economy suggest a slightly improved outlook for the Australian economy. The RBA Shadow Board continues to advocate a hold-and-wait policy,” Dr Henckel said.

“On the surface, these numbers point to a tightening of the labour market, which may indicate inflationary pressures building slowly.

“On the other hand, the high rate of youth unemployment as well as part-time employment are signs of underemployment, which contains any inflationary pressures. This tension makes it hard to predict the implications of the labour market for inflation.”

He said the outlook for the international economy was also improving, with US GDP growth revised up to 3.0 per cent and strengthening demand on both sides of the Atlantic. However, the economic indicators for China paint a conflicting picture with growth in the manufacturing sector gathering pace and in the service sector slowing, while the political tensions between the US and North Korea continue to pose a risk.

Dr Henckel said the RBA Shadow board attached a 61 per cent probability that that holding rates steady was the appropriate setting for September, up from 60 per cent in August.

The RBA Shadow Board is a project based at the Centre for Applied Macroeconomic Analysis (CAMA) at Crawford School. It brings together nine of the country’s leading experts to look at the economy and make a probabilistic call on the optimal setting of interest rates ahead of monthly RBA Board meetings. It does not try to predict RBA behaviour. The RBA Shadow Board includes Professor Bob Gregory and Professor Warwick McKibbin, who have both served on the RBA Board.