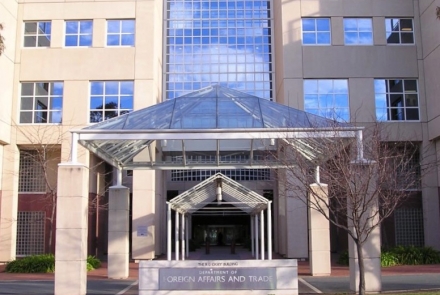 Stephen Howes is Director of Development Policy Centre at ANU.

Prior to joining the Crawford School in 2009, Stephen was Chief Economist at the Australian Agency for International Development.

In 2008, he worked on the Garnaut Review on Climate Change, where he managed the Review’s international work stream.

You can’t unscramble an egg, but you can improve an omelette, writes Stephen Howes.

Labor has ruled out recreating AusAID to run Australian aid. According to Shadow Foreign Minister Penny Wong, in her November 2017 speech to ACFID, “you can’t unscramble an egg”, and Labor will “work with the changes that have been made.”

But if Labor won’t recreate AusAID, what should it do, if elected this year or next? How could it still achieve its goals – also articulated in the same speech – of giving aid more priority within DFAT, of rebuilding skills, and a greater emphasis on aid effectiveness?

It depends, for a start, on what Penny Wong meant by her announcement. What the Coalition abolished in 2013 was an Executive Agency, of which there are only a handful within government (essentially a residual category: neither a department, nor a bureau/agency of a department, nor a statutory agency). AusAID had been an Executive Agency for only three years, having been made one in 2010.

For most of its almost 40-year existence, and prior to 2010, AusAID (and AIDAB, and ADAB, to use its earlier acronyms) was in fact part of the Department of Foreign Affairs and Trade. It was an agency or bureau within DFAT, headed by a Director General who had Deputy Secretary status and direct access to the Minister of Foreign Affairs. This is an arrangement that was put in place by Fraser and his Foreign Minister Peacock in 1976, after they themselves abolished what was then a statutory authority for aid, ADAA. The aid bureau’s independence from DFAT was partial at first but grew over the decades to become almost but not quite complete.

This Fraser/Peacock model was referred to as an arrangement of “semi-autonomy” – you can find out more about it by reading Chapter 2 of Jack Corbett’s history of Australian aid, Australia’s Foreign Aid Dilemma. According to Corbett, it was a model accepted by Peacock in part because of Sir John Crawford’s urging. Crawford – a former Trade Secretary himself and very interested in aid – was concerned in particular with the issue of building staff expertise.

This piece was first published on 23 January, 2018 by Devpolicy Blog from the Development Policy Centre, to read the full post, please visit: http://devpolicy.org/improving-the-omelette-the-case-for-a-deputy-secret...