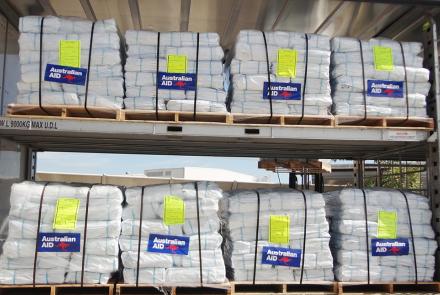 Terence Wood is a Research Fellow at the Development Policy Centre.

The latest 2015 Australian Aid Stakeholder Survey has found a perceived decline in the effectiveness of Australian aid in the past two years.

The survey, launched at the 2016 ANU Australasian Aid Conference at Crawford School, also found that while the majority continue to believe that Australian aid is effective, they now rate Australian aid as less effective than the average Western donor.

“Some of this is due to the budget cuts, which have played havoc with funding predictability,” said lead survey author, Dr Terence Wood, a Research Fellow at the Crawford’s Development Policy Centre.

“Further aid cuts scheduled for this year’s budget, another $224 million, will make a bad situation worse.”

The 2015 survey is the second undertaken by the Development Policy Centre. The first survey was held in 2013 before the integration of AusAID with the Department of Foreign Affairs and Trade, and before the large cuts to the foreign aid budget.

The survey also points to other issues of concern.

Stakeholders perceive a loss of strategic clarity, and a reduced emphasis on using foreign aid to help the poor versus emphasising Australia’s own interests.

Three-quarters of respondents view staff expertise as a weakness of the aid program – up from half in 2013 – and say that the merger with DFAT has had a negative impact on aid staff effectiveness.

Transparency and community engagement have also gone from being strengths of the aid program to weaknesses. In 2013, only one-quarter of respondents saw aid transparency as a weakness. Now three-quarters do.

“The survey provides valuable and constructive feedback to the government on what it needs to do to restore confidence in and improve the effectiveness of Australian aid,” said Development Policy Centre Director and report co-author, Professor Stephen Howes.

“The individuals that we surveyed are those who are trusted to implement the Australian aid program. Their warnings should be heeded.”

The next Australian aid stakeholder survey will be conducted in 2017.

The launch of the report by Dr Terence Wood of the Development Policy Centre will be followed by a panel discussion featuring aid leaders and experts. The launch and the panel will be livestreamed, and can be viewed here.