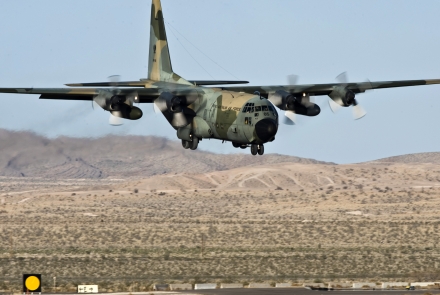 The devastating earthquake in Papua New Guinea has demonstrated the important role Australia can play helping out its neighbours in times of natural disaster, Anthony Bergin writes.

The quake occurred approximately 600 kilometres northwest of Port Moresby. Around 140,000 people live in the remote areas of the Highlands region that were most impacted by the earthquake.

The rescue effort is a major logistical challenge due to the remoteness of the regions affected. The country’s biggest ever development – the PNG liquefied natural gas project operated by US giant ExxonMobil – will be offline for up to eight weeks as facilities get repaired. The PNG government has declared a state of emergency in the affected areas and this week launched a public appeal for donations.

This week Australia lifted its efforts, deploying three Army CH-47F Chinook helicopters to PNG with additional Australian Defence Force (ADF) personnel and supplies to support the relief effort. This contribution adds to the existing presence of 80 ADF and 75 Australian Federal Police (AFP) personnel in PNG. Australia has provided $1.2 million to date in its humanitarian commitment to PNG’s earthquake.

The enormity of this event yet again underscores the fact that the Indo-Pacific is the most natural disaster-prone region in the world, with the island states extremely vulnerable to cyclones, floods and earthquakes.

In January, a massive volcano erupted on Kadovar Island off the coast of PNG forcing over 700 people to evacuate.

A catastrophic tsunami occurred on the PNG north coast near Aitape on 17 July 1998. It was believed to be caused by a massive underwater landslide following a relatively small earthquake just offshore.

The tsunami resulted in at least 2,200 people being killed, thousands being injured, about 9,500 homeless and about 500 missing. This tsunami demonstrated the potential for small earthquakes to trigger large tsunamis, if they cause undersea landslides.

Climate change will increase the frequency and intensity of tropical cyclones in the Pacific, as well as increase sea level rise and cause intense floods, droughts and storms.

According to World Bank figures, extreme natural events have affected more than 9.2 million people in the Pacific since 1950 and caused damage worth about US $3.2 billion. Australia’s Defence contribution will, no doubt, continue to expand as the situation in PNG becomes clearer. It’s hardly surprising that in our Pacific backyard, it’s Australia’s defence force that gets called upon post-disaster.

The ADF has the necessary capabilities nearby to offer logistical support, medical care, damage assessment, engineering, supplies, communications and imagery. Australia’s amphibious ships HMAS Canberra, Adelaide and Choules are game-changers here. In the 2016 Defence White Paper, it was noted that the ADF is acquiring enhanced aero-medical evacuation and search and rescue capabilities.

There are other bilateral arrangements that have emerged between the islands, such as when Fiji and Tonga provided military support to Vanuatu after tropical Cyclone Pam in 2015, or when Tonga sent military support to Fiji after Cyclone Winston in 2016. But none of the island capabilities are anywhere near Australia’s. The ADF has also got a solid track record of responding to regional disasters, from the 2004 Southeast Asian earthquake and tsunami to the 2011 Japan earthquake and tsunami.

Most of these types of missions don’t involve big numbers of personnel, (although around 1,000 ADF personnel were deployed to assist Fiji with emergency assistance and recovery after Cyclone Winston), and the assets are used for relatively short periods. However, the benefits of deploying the ADF extend well beyond the immediate benefits of rescue and disaster relief.

Australia should continue to support strengthening inclusive disaster-related exercises in the Pacific and work on regional accreditation systems for foreign medical teams. Due to Australia’s emergency resources, the country will be expected to continue to take on a leadership role, leveraging its defence assets in the Pacific when those states are overwhelmed by a natural crisis.

From an ethical and political standpoint, as the most capable country in the Pacific Island region able to provide swift comfort when disaster hits, Australia is not going to stand idly by. This isn’t just a matter of being a regional Good Samaritan or coming in as ‘saviours’ and sidelining local emergency agencies – it’s about building trust, stability, resilience and confidence with neighbours.

That’s why these missions should be viewed as a principal task of the ADF. It’s also why Australia should do all it can to commit to building the capacity of Pacific Island states to respond to natural disasters, working closely with national counter-disaster agencies, the main regional body, the Pacific Islands Forum, as well as the Melanesian Spearhead Group and the Secretariat of the Pacific Community.

It’s about working with neighbours to advance successful regional cooperation in the field of disaster management.