Home » News and events » All stories » Policy Forum Pod: Power to the people? 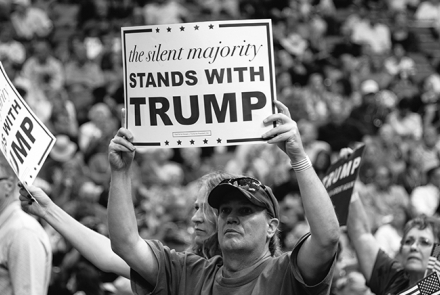 On this week’s Policy Forum Pod, we’re taking a close look at populism – what it is, why it’s such a big deal, and how it’s leaving its mark on our political landscape.

From the corridors of Brussels to the streets of New Delhi, populist politics have swept through democracies around the globe. But despite all the headlines, is this wave of populism particularly new? And should we see it as a symptom of democracy in decay, or rather as a welcome sign that politics is returning to the people? On this week’s podcast, hosts Nicky Lovegrove and Sara Bice hear from Duncan McDonnell, Jill Sheppard and Paul Kenny about populism in Europe, Asia, and Australia – with due mention to one particularly powerful populist leader sitting in the White House.

Professor Duncan McDonnell is Professor of Politics in the School of Government and International Relations at Griffith University. His main research interests are political parties, populism, and Euroscepticism.

Dr Jill Sheppard is a political scientist at the School of Politics and International Relations at the Australian National University. Her research focuses on why people participate in politics, what opinions they hold and why, and how both are shaped by political institutions and systems.

Dr Paul Kenny is a Fellow and Head of the Department of Political and Social Change at the Australian National University. His research covers several areas of comparative politics including the political economy of populism, corruption, and immigration.

Populism and Patronage: Why Populists Win Elections in India, Asia, and Beyond by Paul Kenny

For future’s sake…! by Ian Chubb

The Executive Master of Public Policy offered by Crawford School and convened by Sara Bice.