Home » News and events » All stories » How should technocrats count the true costs of cooling the climate? 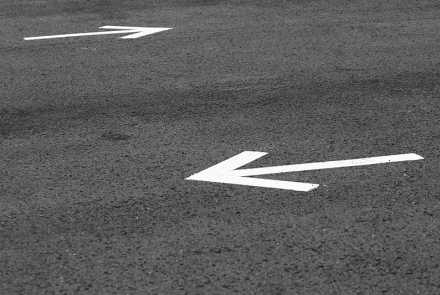 How should technocrats count the true costs of cooling the climate?

Australia needs a debate on the economics of climate policy where policies are subject to a wide range of economic modelling and the assumptions and sensitivities in each model are understood, Warwick McKibbin writes.

The Brookings Institution recently published a report that I co-authored on the impact of the Paris Climate Agreement on the global economy with a particular focus on the economic and environmental impacts. In that report we use a multi-region model of the world economy. To model the Paris Agreement, we converted the disparate emission targets for each country or region in their Nationally Determined Contributions (NDC) formulations into estimated reductions in CO2 emissions relative to a baseline scenario with no new climate policies. We then solved for a carbon price path in each region that achieves the NDC-consistent emissions reductions in the target year.

We found that if all regions achieve their NDCs, the Paris Agreement significantly reduces CO2 emissions relative to baseline. However, the Paris policy scenario suggests that global CO2 emissions would not decline in absolute terms relative to 2015 levels, let alone follow a path consistent with a 2°C stabilization scenario.

The Paris policies result in significant macroeconomic spill overs across the global economy, meaning that macroeconomic outcomes across countries depend not only on their own commitments but also on those of the rest of the world.

The model used in the Brookings report was the G-Cubed model. The Brookings report explored the current Australian government commitment on targets and not the specific policies since we don’t yet know what these will be over coming years. We assumed the most efficient policy which is a price on carbon.

Several results stood out for Australia. First, the impact on Australia of the Paris Agreement largely depends on the actions of the rest of the world in reducing their demand for our fossil fuels and our carbon intensive exports. Around 80 per cent of the loss in GDP in Australia is caused by the policies of other countries.

This clearly indicates that the debate on climate policy should be focused on making sure the world follows a sensible climate policy rather than debating the size of the Australian target.

The recent Fisher report using the BAEGEM model, explores this same scenario (scenario 1 in that study). The results for GDP, employment and real wages for the current government policy are larger than in the G-Cubed model but within the same ballpark.

Where there is a major difference is in the carbon price required to achieve the Paris target. In the Fisher report the carbon price is A$263 per ton CO2 which is vastly different to that estimated in G-Cubed.

There are very few experts who would agree with the marginal abatement cost curve in the Fisher study. It does not mean it is wrong – but as an outlier the result needs to be understood and fully articulated.

The key difference across models must come down to the assumptions about rigidities in the BAEGEM model. A key assumption appears to be that there is low substitution between energy inputs. The Fisher report argues that a coal-fired power station cannot be used to produce wind power. This is obviously true but is not the point of substitution. The G-Cubed model assumes that electricity distributors can source power from wind or coal or other generators and can substitute this within the grid at low cost. A higher carbon price makes coal less economic than renewables and so distributors will switch to lower cost power sources – as they done over the past decade.

This is why the carbon price is so high across all scenarios in the Fisher study. The bigger the target, the larger the economic contraction. The plausibility of this assumption is one place where the debate should focus.

Both models agree that there are likely to be economic costs in the Paris Agreement but there are large quantitative differences and the Brookings study also shows there are quantifiable economic benefits that should not be ignored.

Where I believe there needs to be a wider debate is on the results of the Labor policy in the Fisher Report. The Brookings study did not explore either a 45 per cent target or a 50 per cent renewable energy target. The Fisher report did consider this and found the costs to be six times larger than the 26-28 per cent target and ten times larger than the estimate I made in an earlier 2015 study undertaken for DFAT.

It should be stressed that neither model gives the correct answer. The models are simplifications of a complex world. There are many views of how the world works. The difference between model results is a healthy revelation that there is great uncertainty and that these issues cannot be resolved with soundbites but require detailed professional analysis.

The critical issue is that the models and the assumptions in the models need to be transparent, peer reviewed, and publicly available in order to have sensible discussion.

One question to pose is how does the BAEGEM model explain the past decade of experience in Australia and other countries of the significant penetration of renewables into the energy system? What is the assumption in the analysis about the role of renewables without any further policy intervention in the future?

There needs to be a healthy debate in Australia on the economics of climate policy and not an attack on the credibility of any model builder. It is important to ensure that all policies are subject to a wide range of economic modelling and that the assumptions and sensitivities in each model are understood. This is necessary for good public policy design. Yes – the models will disagree – but a bad model with transparent assumptions is better than arbitrary analysis based on wishful thinking.

A debate about key assumptions that become transparent when building a model-based evaluation, is increasingly absent in many of the policies proposed by both sides of politics. This won’t be addressed in the period leading up to the election, but it should be a priority of whoever forms the next government.

This piece was first published in the Australian Financial Review.