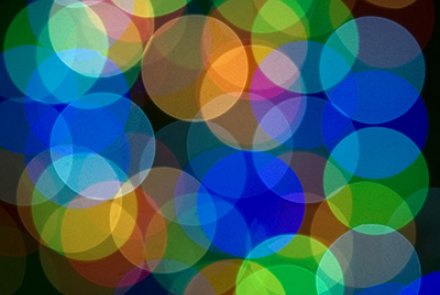 Cost-benefit analysis is rapidly becoming a lost art form, and the nation will be the poorer for it, Leo Dobes writes.

‘Post-truth’ thinking is not new.

The nineteenth-century French pamphleteer, Frederic Bastiat was a master at lampooning the protectionist proclivities of his compatriots. In A negative railroad, for example, he addressed a proposal made in a Bordeaux newspaper to engineer a break of gauge in the line from Paris to Bayonne. The proponent claimed that, because goods and passengers would need to be transhipped in the city, boatmen, porters, hotel owners and others would all benefit. Bastiat illustrated the absurdity of the idea by proposing breaks in the line in half a dozen other towns and villages as a means of increasing employment across the nation.

Bastiat’s sarcasm might today be portrayed as expert commentary in a ‘post-truth’ milieu, where special interests continue to advocate views and repeat slogans, even if experienced professionals or analysts point out flaws and factual errors.

Australians have often been swayed by advocates of projects presented as being “nation-building”, “iconic”, “visionary”, and “game-changing”. Robert Wooding refers to the enduring fascination with drought-proofing projects to turn coastal rivers around as populist “water dreaming”. And the federal Member of Parliament, Bert Kelly, famously quipped that he “could feel a dam coming on” at each election. In more recent times, the mantra of “job creation” has gained a monotonous degree of currency among politicians and the business sector.

Public cynicism about economics and Econo(c)rats has had the unfortunate result in Australia of giving politicians more scope to ignore rigorous analysis that does not support their fancied projects or policies.

Despite popular misconceptions, cost-benefit analysis typically takes into account all effects on society, including social and environmental outcomes. It measures the change in well-being of society from the implementation of a project or policy. It is the only method that allows commensurate comparisons between different uses of public funding, including sectors as diverse as hospitals, schools, roads and dams.

Unfortunately, public understanding of the nature and reasons for cost-benefit analysis has diminished in Australia over the last few decades. For example, it is now common for the media and politicians to refer confusingly to ‘economic, social and environmental’ effects. Given that economic analysis includes social and environmental aspects, it is not clear what the term ‘economic’ actually represents in this formulation. Over the last decade, commercial entities have also begun to use the term ‘cost-benefit analysis’ to describe purely financial analyses, thereby adding to the confusion.

It was not always thus. Australia’s most iconic project, the post-war Snowy Mountains Scheme, which diverted the headwaters of the Snowy River westward to agricultural areas, was first subjected to intense inquiry and analysis. Nevertheless, it was not a complete success, because of tight deadlines and a failure to investigate the suitability of the soils in future irrigation areas.

In contrast, the Ord River irrigation project has the status of a white elephant in Australia. A not insubstantial sum was spent on the dam before the federal and Western Australian governments commissioned a cost-benefit study by the Bureau of Agricultural Economics in 1964. The study expressed concerns about the scheme’s viability, but significant state and federal government spending on the project continued for over half a century before the Public Accounts Committee of the Western Australian Parliament finally declared the project uneconomic.

Increased use of cost-benefit analysis in the 1960s and 1970s was often marred by tailoring studies to preconceived solutions. The construction of freeways is an obvious example, with market-based alternatives like congestion pricing being totally ignored. Canberra’s light rail project similarly ignored consideration of alternatives such as Adelaide’s more flexible O-Bahn guided busways.

It is but a small step from ignoring expert opinion to avoiding it altogether. A particularly egregious example is that of the National Broadband Network. The responsible Minister announced that a cost-benefit analysis was unnecessary because studies in other countries had already investigated the economic impact of broadband.

At the same time, federal and state public services have lost much of their economic expertise. Public servants who lack relevant expertise risk promoting proposals advanced by narrow vested interests (so-called ‘stakeholders’) in their advice to ministers, rather than providing objective advice. Ministers inevitably end up justifying public expenditure on projects by reverting to ‘post-truth’ declarations about job creation or “nation-building”.

In a perverse sense, the evisceration of public sector expertise in cost-benefit analysis may turn erstwhile experts into potential populists.