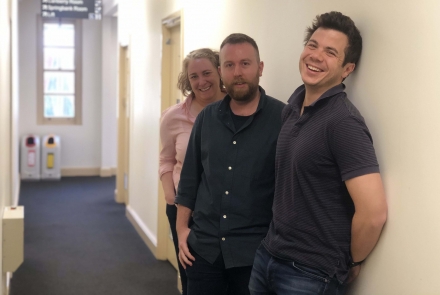 This week on Democracy Sausage we take a look at what basketball’s run-in with China tells us about the state of play between corporations and censorship. And Mark Kenny checks in from the UK to report on Brexit’s ‘Super Saturday’.

This week Darren Lim fires up the Democracy Sausage barbecue for a sizzling discussion on corporate responsibility, censorship, and China, as he chats to Jill Sheppard and Nathan Atrill about the recent NBA controversy. The panel also discuss how Chinese censorship plays out in Hollywood and the role of Universities in navigating relations with the country. In the second half of the pod, Darren is joined by Mark Kenny from London where he talks about the weekend’s People’s March, the UK Government’s latest setback, and when a Brexit EU extension letter is not a Brexit EU extension letter. Listen here.

Darren Lim is a Lecturer in International Relations at The Australian National University. His research primarily focuses on economic statecraft and the foundations of interdependence.

Jill Sheppard is a political scientist at the School of Politics and International Relations at The Australian National University. Her research focuses on why people participate in politics, what opinions they hold and why, and how both are shaped by political institutions and systems.

Nathan Attrill is a PhD scholar in policy and governance at the Crawford School of Public Policy. His research areas include Chinese domestic politics, history, and political economy.

Democracy Sausage with Mark Kenny is available on iTunes, Spotify, Google Podcasts, or wherever you get your podcasts. We’d love to hear your feedback for this podcast series! Send in your questions, comments, or suggestions for future episodes to podcast@policyforum.net. You can also Tweet us @APPSPolicyForum or join us on the Facebook group.

This podcast is published in partnership with The Australian National University.