Home » News and events » All stories » Dealing with dependency 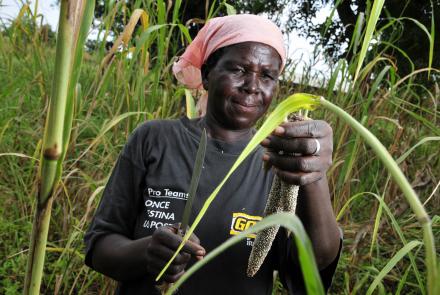 Christopher Vas is the Policy Research Program Leader on Productivity, and on Policy Futures at the HC Coombs Policy Forum. Chris has extensive experience in public policy development, research, analysis, and its implementation. He has expertise in innovation and productivity policy, education and workforce development, public management and national security related issues.

Resource dependent countries like Ghana and Indonesia need to promote trade and productivity-boosting policy change, according to the authors of a new paper from the HC Coombs Policy Forum.

The paper, Tackling Challenges of Productive Growth in Resource Dependent Countries: The Experience of Ghana and Indonesia investigates how the two resource dependent countries have been less successful than countries like Australia in tackling challenges of productivity growth over the last three decades.

The report suggests that livelihood prospects for the two countries’ rural populations could be increased and employment opportunities outside of agriculture be expanded by realigning the exchange rate, diverting public resources from subsidies to infrastructure investment, and supporting productivity-improving research and development, especially in agriculture.

One of the report’s authors, Dr Christopher Vas of the HC Coombs Policy Forum, said the governments of Ghana and Indonesia need to make different policy choices.

“Resource abundant countries like Australia use the wealth derived from their resource endowments to promote economic development and sustainably raise the living standards of their populations. Resource dependent countries like Ghana and Indonesia have not. The principal difference is in the policy choices of their respective governments,” he said.

Vas added that even without resources to draw upon, the two countries have potential for significant economic growth if they change their policy decisions.

“If changes are implemented in both countries, there will be major gains in terms of growth and the welfare and wellbeing, particularly for the majority of the population in both countries.

“This could be achieved by switching policy direction – from the current emphasis on restricting opportunities to influential insiders to making those same options for enterprise, experimentation, risk-taking, and entrepreneurship available to everyone who is willing to work,” he said.

Such changes, he added, would also provide the sustained boost to living standards that are unachievable with the current resource-dependent growth strategy.

The paper can be downloaded here: https://crawford.anu.edu.au/public_policy_community/content/doc/Tackling...