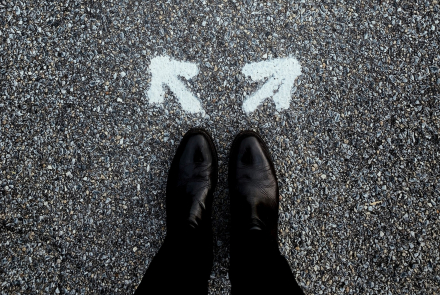 Photo by Jon Tyson on Unsplash

With an ongoing pandemic, rising living costs, geopolitical instability and the rise of independents in an already complicated voting system, the impacts of policy on Australians’ everyday lives risks being missed out this election cycle. Thankfully, Policy Forum is here to help, Sara Bice writes.

The 2022 Australian federal election comes at a time of persistent uncertainty. The COVID-19 pandemic creeps along in the background, climate change is ever evident across the continent, a tinderbox of national security concerns lies (thankfully, as yet) unlit in the corner, and a rising cost of living and aged care and labour shortages are demanding national attention.

So, where are voters to turn to make sense of it all?

Is it even possible to wade through the muckraking of everyday politics to reveal the issues and policies that will affect Australians once the grandstanding for votes is over?

Experts here at The Australian National University and their peers working in government, industry and the non-profit sector are coming together to provide the Australian public with an accessible, trustworthy resource, including policy recommendations.

Over the coming weeks, these contributors will distil the key considerations in a variety of policy areas for Australian voters. From climate change to the return of Australian citizens caught up in the Syrian conflict, from changes to the National Disability Insurance Scheme to infrastructure investment, health care, housing costs, tax policies – you name it.

Then, when the post-election dust clears, we’ll be providing further analysis of how the chosen government should approach these major policy issues, and detailing what the Australian public can expect once a choice has been made.

Before we go deeper into our contributors’ analyses and recommendations, it’s worthwhile considering the implications of a few major issues at play come 21 May.

Much of the result will hinge on the answer to one question: has climate action finally shifted to the ‘centre’?

As recently as the 2019 election, taunts of the ‘COALition’ raged and the appearance of Prime Minister Scott Morrison’s ‘pet rock’ in parliament remained fresh memories. That year, more than 60 per cent of Australian voters surveyed agreed that ‘global warming is a serious and pressing problem’. But the election result did little to reflect these concerns or spur climate action. Similar results occurred in 2016 and 2013, but will 2022 finally be the year Australia votes on climate grounds?

A recent United States National Academy of Sciences article found that the more global warming and climate change related issues are publicly discussed, the more the public accepts the recommendations of climate scientists.

This may seem an obvious conclusion, but it remains quite an important one. A build-up of climate change awareness and a genuine move away from debating whether or not climate change is ‘real’ could signal a shift where climate science shapes policy decision-making. This is critical for making real progress.

For many Australians, recent natural disasters are an unwanted, potent, and devastating affirmation of our climate’s shift, although a consensus gap remains. Greater climate change acceptance in 2022 may result in more climate sensitive voting and, hopefully, climate informed policy-making.

Recent research by ANU Crawford School of Public Policy’s Rebecca Colvin and Frank Jotzo shows that pro-climate action attitudes consistently correlate with votes cast for progressive political parties in the 2019 election, and that voters with pro-climate attitudes are younger on average.

They predict that votes for climate action will eventually comprise the majority. The question then is whether three years has been long enough for that shift to tip the balance in an election.

Two factors complicates this: that climate action is being championed in seats otherwise unwinnable by progressive candidates by a group of ‘teal’ independents, and the idiosyncrasies of Australia’s single-seat preferential voting system.

The much touted tide of the teal independent candidates, many backed by Climate 200, may play an important role in securing climate action.

The need for climate change adaptation and mitigation, conservation, and fair and just energy transition policies is widely agreed upon.

The challenge though is converting political discussion to policy action. For this to occur, enough candidates with climate as a campaign core will need to achieve election, and they will subsequently need to be able to negotiate with whichever major party forms government.

Public understanding of preferential voting is also worth highlighting. Every federal election cycle, Australian voters can look forward to introductions or refresher courses on preferential voting, like this one from the ABC. These public service announcements are essential in a nation where voting is compulsory and occasionally downright confusing.

Just anecdotally, a politically-minded neighbour of mine has even taken the initiative to create a handwritten poster, concisely explaining preferential voting for passers-by, including debunking ‘the myth that a vote for independents is a wasted vote’.

These refreshers and front fence advocacy reflect the prominence of independent candidates in the 2022 election – as do the early polling successes for independents in seats such as Kooyong and Goldstein – but also the perennial struggle to comprehend the idiosyncrasies of Australia’s preferential voting system.

The interconnection between independents’ capacity for success and voters’ understanding of the preferential voting system should not be underestimated. Votes cast tactically or without complete understanding may be the stumbling block for those candidates who have chosen to go it alone, rather than their platforms or promises.

In a system designed to put parties, not individuals, in power, these independents (and their increasing acceptance by voters) may be a bellwether indicating broader changes in Australian democratic habits.

This raises an even deeper question. Can the two-party domination hold in an increasingly diverse Australian population, especially where party-centric policy choices may not serve public interests?

Only time will tell. But know that as it all unfolds, Policy Forum and our In Focus: Australia’s policy future will be with you all the way, supporting your informed vote with robust and rigorous analysis of the policy choices ahead.