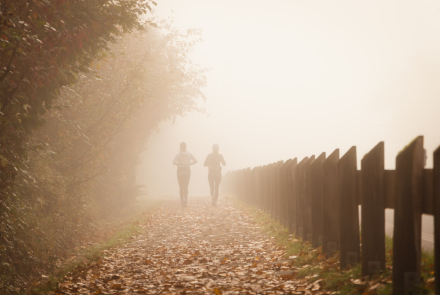 Photo by Greg Rosenke on Unsplash

Gender equality in Australia and the region

Gender equality in international development may not have featured heavily in the 2022 election campaign so far, but implementing evidence-based policy to tackle these issues is critical to the future of Australia and the region, Angie Bexley writes.

The federal government has responded to the pandemic with several ‘temporary and targeted’ strategies over the last two years. But while the emergency response phase might be considered over and these programs are winding down, some areas of the region are only beginning to feel the long-term impacts of the pandemic.

This is a pattern across Asia and the Pacific, and is especially true for gender equality. How various government responses to the pandemic affect the state of equality remains poorly understood across the region, and as such are yet to be integrated into post-pandemic policy frameworks.

The requirement that 80 per cent of Australian aid programs need to address gender equality is a positive step in positioning Australia as a serious player in this space. However, responding to the challenge of inequality across the region will require a fit-for-purpose strategy that understands the current circumstances while planning for the future.

This will involve acknowledging that recent gains, for example in the education for girls, are not enough to neutralise the negative effects of the pandemic, including the gender-based violence and discrimination that intensified as a direct consequence of the lockdowns and quarantine rules adopted by states to limit COVID-19 transmission. 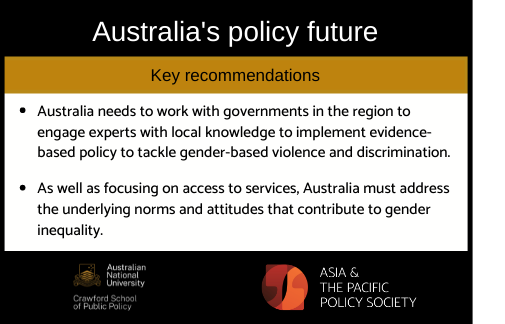 Policymakers must also address the causes, not just the symptoms, of gender equality. Sustained support for civil society-based approaches – those which focus on developing coalitions for change including like community groups, women’s organisations, faith-based organisations, unions, social movements, and advocacy groups – has been consistently recommended by experts to effectively bring about policy change and increase access to services for women and girls.

Australia should lead the way in enabling these organisations to form coalitions to effectively address the barriers faced by women and girls.

Data availability is one area where Australia has the knowledge to do this – in this case, in the aid program. The Individual Measure of Multidimensional Poverty successfully produced a gender-sensitive approach to assessing multidimensional poverty and is available for global use.

This approach, coupled with other efforts to supporting data literacy, could provide Australia and other governments with the information they need about the intersectional and compounding nature of gender-based poverty. In turn, they would then be able to respond adequately to gendered poverty by targeting assistance to those most in need.

Any long term endeavour for gender equality must also include gender and social inclusion experts with appropriate levels of understanding of local dynamics and political economy. Prioritising local knowledge, coupled with an evidence-based approach, will ensure that interventions will be accepted and championed by local leaders.

Across the region too, progress must accelerate. Indonesia, for example, had to overcome six years of conservative opposition to pass its landmark sexual violence bill last month. However, the recently leaked draft of a Supreme Court ruling in the United States to undermine abortion rights in the country will likely embolden similar conservative forces to continue to make moral claims to police women’s bodies and access to critical services across the region and world. Policymakers must anticipate this and work to protect progress on gender equality.

These policies are crucial, but Australia must also address the underlying gender norms and attitudes behind violence against women and girls. This is absolutely fundamental to an approach of building access to services. Women should not be shamed when accessing health services, and be supported in demanding their rights.

Gender equality in practice and programming needs to go beyond access to services and actually make women feel welcome in decision-making forums. Women must also know that their demands are taken seriously.

If Australia hopes to make serious progress on gender equality, this election must be seen as an opportunity to present a bold and long-term vision of international aid to the region that prioritises gender equality. If it does, it can lead the way in reclaiming ground lost during the pandemic and assist to renew the region’s resolve to achieve gender equality.

This piece was originally published as part of Policy Forum’s new feature section – In Focus: Australia’s policy future – which brings you policy analysis and ideas that go beyond the sound bites.