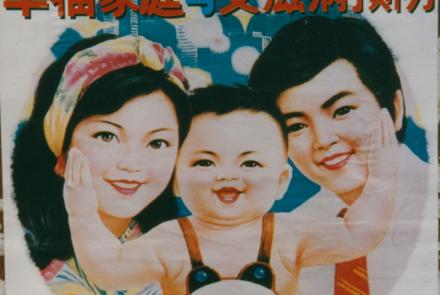 China’s one-child policy has effectively curbed the overpopulation of China and fuelled economic growth, but has brought significant and negative social consequences, including a high gender imbalance, pressure on the younger generation and rapid population ageing, according to a Crawford School expert.

“The policy has been considered a great success in helping to implement China’s current economic growth…. particularly in terms of reducing fertility rates and helping reduce the severity of the problem related to overpopulation,” she said.

“As an example there are studies that show that the one-child policy, between 1979 and 2011, prevented about 3-400 million births, but this figure is very much disputable as other scholars say it’s 1-200 million births.”

In her paper on ‘Demographic structure and economic growth: evidence from China’ published in Journal of Comparative Economics, Wei showed that changes in the Chinese population age structure, mainly driven by substantial declines in fertility, have contributed one-sixth of China’s rapid economic growth in 1989-2004. Wei said this had been referred to as a “demographic dividend to economic growth.”

Wei added that there were other policies China could have implemented to achieve the same outcomes less dramatically than the one-child policy.

“There are studies that show if China could have adopted less intrusive options, for example, to emphasise the delay and spacing of births, it could have achieved the same results but over an extended period of time,” she said.

Wei said the policy also contributed to the rapid population ageing and the growing pressure on the younger generation to support the elderly.

“There is what we call the ‘4-2-1’ problem. When the first generation comes of the age of becoming parents themselves, the one child is left to support his/her own parents plus their grandparents.

“If personal savings or the pensions system fails then most of the senior citizens would have to depend entirely on their own savings or their very small family.

“If the single child is unable to take care of their parents or grandparents then the older generation will face a lack of resources and necessities.”

She added that tackling the problem of population ageing may require the Chinese government to overhaul the nation’s pension system.

“The life expectancy in China has now increased very rapidly to around 73 and this can be related to the improvement in the economic environment.

“With increases in income, people invest more and take more care of their health.

“A resolution to the problem may require the Chinese government to reform the pension system,” she said.

The ageing population will also put stress onto the Chinese workforce, she said.

“There will be labour shortage when the population is aged. But according to the 2012 IMF country report, China will still have a 30 million surplus in the labour force by 2020. So what is very important for China at this stage is to boost employment.”

Wei said that the population policy may have contributed to a strong gender imbalance in China despite not being entirely responsible for it.

“There are predictions showing that by 2020 there will be 30 million more men than women in China which could potentially lead to social instability and also courtship-motivated emigration.

“But beyond the one-child policy there are many other reasons that cause this gender imbalance.

“For example, some disease affect females more severely than males, and there are many underreported female births and illegal abortions of female babies.”

Wei said that recent media reports highlighted the possibility that the regulations could soon be wound down.

“We need to bear in mind that at the beginning, when the one-child policy was designed, it was designed for one generation so what that means is that sooner or later, the policy will be relaxed,” she said.