Home » News and events » All stories » Shaping the global order 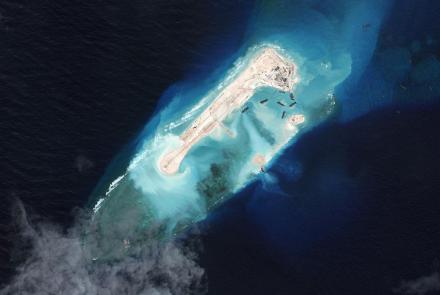 Just what do we mean by a rules based global order? It’s become a catch-all phrase to describe the sort of world that we - Australians and the West (if there is still such a construct) - wish to live in; the sort of institutions and rules that we wish to use to manage global affairs.

And it is on the tip of the tongue of policymakers and commentators when they speak of the type of behaviour that we wish to encourage with emerging great powers (China) and declining great powers (Russia).

Sometimes we are a bit shaky in the application. Australia, as a forward-looking player in the Indo-Pacific region, needs to hone its skills in applying this concept: it can be dangerous to think of ourselves as too heavily invested in the Bretton-Woods institutions created in post-World War II years (International Monetary Fund (IMF), World Bank, etc) and similar economic institutions in which we have a seat at the table but are not major players. They are predominantly European and North American institutions where the centre of economic gravity is moving to this region.

But it is also dangerous not to be invested in upholding inclusive normative instruments which we and others have had a hand in shaping and which do set global rules of conduct.

The rules based order is not static, it is evolving, in the economic space more quickly than in the strategic or security space. In the economic sphere Australia has generally been quick to see that the order must change and evolve to accommodate the rise and growing economic might of nations such as India and China.

We see this in Australia’s championing of the G20 (to challenge the role of the G⅞), in its support for and championing of the establishment of APEC and other regional institutions and free trade agreements, in its support for expansion of the International Energy Organisation and reform of the IMF, World Bank and Asian Development Bank. We could have seen it in earlier acceptance of an Asian Infrastructure Investment Bank (AIIB), which Australia signed on to last March.

The AIIB was an attempt by China to fashion an institution to take a place among other similar institutions in a rules-based order from which it was excluded. Of course, based on China’s track record in Africa and elsewhere, there are concerns about the manner in which China may use its economic power through the institution. But viewed through the prism of a rules-based global order, it was an attempt to evolve that order to reflect realities in the region. Australia has and had no option but to be a constructive player in the evolution of that institution as it has been in the evolution of other regional architecture.

But the behaviour of China in seeking to construct artificial islands and at times subvert the international legal order established by the UN Convention on the Law of the Sea (UNCLOS) in the South China Sea is an example of where a rules based global order – of which China is a willing party and adherent - already exists.

China is a party to UNCLOS and has agreed to be bound by all of its provisions. They were an active and constructive participant in the negotiations which resulted in a Convention – a rare rule setting (in the purest and legal sense of the word) treaty which has near universal adherence. They are beneficiaries of many of UNCLOS’ provisions. It’s a package deal for a reason – it was actively negotiated, it involved compromises, give and take and every member is a willing party. Picking and choosing a la carte provisions of that legal order which you like and ignoring others, (which China appears at times to be doing) is a fair enough reason for others to cry foul.

What does this translate to when applied to the concept of a rules-based global order? UNCLOS is part of an inclusive rules-based order that we should seek to protect. There is no reason to weaken adherence to UNCLOS or resile from exercising rights under it which every other party has agreed to. As I have previously written, building up artificial islands on low tide elevations does not entitle a state to generate maritime zones such as a territorial sea or an Exclusive Economic Zone from that feature. That means that other states, including their navies, have the right to navigate in the waters close to such a feature. And where the opportunity arises and the matter is being discussed in multilateral and other fora, they are within their rights to formally register the point and their views on the legal effect of creating such artificial islands.

In gauging what response is appropriate for Australia in the context of the South China Sea, we need to keep in mind that UNCLOS is part of an inclusive rules-based order that we wish to protect, and consider what actions (or perhaps inactions) will serve to support or weaken that rules-based order.