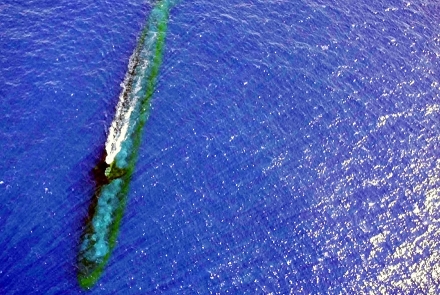 US funding for submarine and nuclear strategy research

The Indo-Pacific debate
Does the new mental map of Asia hold water?

The National Security College (NSC) at Crawford School has won a Carnegie Corporation of New York grant of more than half a million dollars (US $450,000) to fund major research into how new technologies for detecting submarines will impact nuclear weapons strategies in Asia.

The grant was one of eight awarded by the Carnegie Corporation of New York, from a field of 55 bids worldwide. It will cover the two-year research project involving partners in Australia, India, the United Kingdom and the United States and consultations with experts in China, France, Norway and Japan.

The project’s principal investigator and Head of the NSC Professor Rory Medcalf said the project will build on his previous research on the risks of arms racing and crisis escalation involving the Chinese and Indian nuclear-armed submarine programs.

“This project will ask vital questions about whether new technologies for finding submarines could change nuclear strategy, especially in Asia,” Professor Medcalf said.

“Basically, we want to know whether disruptive changes in maritime technology will increase or lower the risks of nuclear war. This will inform our recommendations for policymakers around how best to address those risks.

“Our multi-disciplinary and international team will look at how the new dynamics of nuclear deterrence and anti-submarine warfare will play out, notably as China, India, Pakistan and North Korea all pursue sea-launched nuclear weapon ambitions.”

The project will be multi-disciplinary and practitioner-focused, involving former naval officers, arms control diplomats and scientists. Their knowledge and experience will be combined with the expertise of academics from across the ANU College of Asia and the Pacific (CAP) in such fields as security studies, strategy and international relations.

The Carnegie Corporation of New York was established by American industrialist and philanthropist Andrew Carnegie, once the wealthiest man in the world, in 1911 to promote the advancement and diffusion of knowledge and understanding. It is one of the oldest and most influential grant-making foundations in the world.