Home » News and events » All stories » Australia, Trump, and the TPP 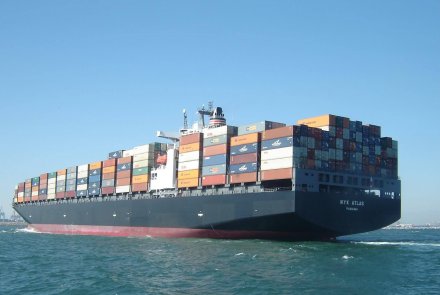 Australia, Trump, and the TPP

Podcast: The future of work
Insights from the 2018 Asian Development Outlook report

The Trans-Pacific Partnership looks like it’s dead in the water, but that won’t be the end of regional trade deals or US involvement in regional economics, Marina Tsirbas writes.

The sky won’t fall in for Australia if the Trans-Pacific Partnership (TPP) fails. We are well placed to weather such a failure. But if the Trump Administration does not ratify the TPP (or a slightly tweaked version) it will have ceded the opportunity to set the ground rules and normative framework for regional trade liberalisation, investment and economic integration – including on matters that it cares about – most likely to China.

Ratification of the TPP by the US looks very unlikely following Trump’s statement this week that he will pull out of the deal on his “first day in office”. While the TPP can enter into force without all parties ratifying, under its current terms it cannot do so without the US’ ratification. The impact of a failure to ratify, though, is as much a question of perception as reality. The TPP was, after all, touted as the economic ballast of the US’ rebalance to Asia. However, it is neither the beginning nor end of the US’ strong economic engagement, investment, and linkages into the region including ASEAN. The US is still Australia’s number one foreign director investor country. It would be wrong to read the TPP as some sort of precondition for economic linkages in the region.

But the US leading the development of the TPP also held a strong symbolic message. If the US fails to ratify, it will lose the opportunity to shape the ground rules and frameworks for regional trade and investment. Most proximately this means to the countries negotiating the Regional Comprehensive Economic Partnership (RCEP) where China may seek to play a leadership role. At this point, the future of the TPP seems to be less significant than broader questions about what will be the US’ approach to trade liberalisation more generally under the new Administration.

While a failure by the US to ratify and the TPP not entering into force would be unfortunate for Australia, from a trade and investment perspective its impact would not be enormous. Economic growth forecasts from it were modest (GDP growth of around 0.7 per cent by 2030 according to modeling by the World Bank). On top of that, Australia already has free trade agreements with most of the TPP member states including major partners like Japan and the US (Canada, Mexico, and Peru would have been the new FTA partners).

Some benefits would, of course, be lost, including making business across the member states easier through setting common standards and rules, lowering barriers to services trade, and setting new thresholds for investment screening. In terms of the market access secured under the FTA, for Australia, exporters of sugar (to the US) and beef (depending on what Japan decides to do) would be some of the obvious losers of the TPP failing.

Other parties to the TPP such as New Zealand and some of the Southeast Asian nations have more to lose by the TPP failing. Regionally, without the TPP some Governments would lose the cover to liberalise domestic sectors which are in need of reform. This could have knock-on effects for those states and the region over the longer term.

Australian Governments have pursued trade liberalisation along parallel tracks for many years. As a result, Australia is a member of all major regional plurilateral trade negotiations currently underway including the RCEP and the Free Trade Agreement of the Asia-Pacific, and is negotiating an FTA with Indonesia. Australia also already has FTAs with its key regional economic partners: the US, Japan, China, Republic of Korea and ASEAN. The TPP would have built on those agreements and added advantages.

It is conceivable that a new US Administration could seek to “correct” the flaws of the TPP to make it sellable to a domestic constituency. It would have to do this in a manner that did not reopen the entire text of the treaty or negotiations between all parties. But it’s not beyond the wit of lawyer, trade negotiator and politician to figure out how to do this. The TPP itself is, in essence, a series of bilateral commitments under a plurilateral umbrella. Attached to it are a series of bilateral exchanges of letters between some of the members on specific commitments, perhaps a similar device could be used to “tweak” the TPP sufficiently to allow US ratification.

The US has been at the forefront of shaping the rules-based global order since World War II, and the TPP is another means of doing that in the region. The TPP would have been a stepping stone to a Free Trade Agreement among 21 members of the Asia-Pacific Economic Cooperation (APEC). On an economic front, in the absence of the TPP, there may be scope for the new US Administration to take a greater leadership role in APEC, an organisation which does important work in enhancing regional economic integration and removing behind-the-border barriers to trade. Importantly, APEC does this through promoting business linkages and voluntary means rather than imposing binding legal rules. This might appeal to the Trump administration. If so, we could yet see the US seek to take a stronger role in APEC as part of its economic commitment to the region.