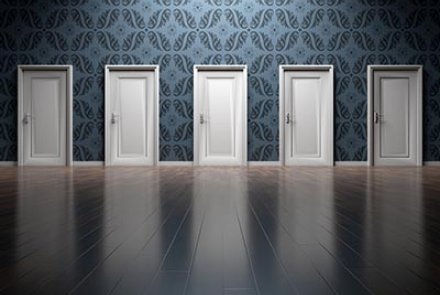 Most theories of decision-making recommend a rational step-by-step process that identifies the decision, gathers information, ascertains alternatives and weighs the evidence that leads to a decision. To this, we add scientific analysis, evidence-based material and prudent risk management. Having taken all these steps, a leader is now, in theory, well-placed to make a decision. Leaders usually bear responsibility alone and sometimes feel they need all the help they can get.

In the Australian Government or public sector agencies, leaders face the additional challenge of promoting and implementing sound public policy that must contend with the political imperatives of the day. Effective policy may not get up or even get a hearing if the politics are running strongly the other way. The same policy, if soundly supported by solid evidence, rational economic analysis scientific data and practical risk management might get a better hearing, say after an election or a shift in the balance of political power. Our protracted climate change debate reflects deep political ideologies at play and a positioning for power that has stymied effective policy responses.

Ministers and public servants have different loyalties and obligations. Effective decision-making and policy implementation requires clarity between them. Sometimes that is hard won and contested. Peter Varghese, the former Head of the Department of Foreign Affairs and Trade, in his valedictory address on 9 June last year to the Institute of Public Administration, gave wise guidance as to how this could work better in practice. He emphasised the importance of ministers and public servants having a clear understanding and respect for each other’s roles. He stressed the importance of taking time for deep policy thinking and the need to manage change within the context of sound values and effective leadership. If that were well done, it would help leaders manage in a changing world of intense media scrutiny, metadata, analytics, and a fast moving public debate where decisions, especially those taken by ministers, were subject to critical examination.

If leading an organisation (both public and private) with clear strategic goals, a strong internal culture and effective risk and financial management in place, decision-making is assumed to be straightforward. You gather evidence, including clear pathways to specific outcomes. You ask what success looks like. Scientific evidence can be taken into account, taking care that it is readily understood by non-scientists. Technical, economic analysis or IT proposals need to be rendered in a form accessible to the non-specialist. You consult, listen and seek contrary views. You weigh all this in the balance, bearing in mind that people are the raw material who will be the key factor in the successful implementation of your decision. Life is uncertain and unpredictable; a plan B is worth having.

Day to day reality is not so neat and tidy. Evidence-based policy and program material may not be available; or not in a form readily usable. Much sound guidance assumes time is available to do the groundwork, consult and devote time to thought and analysis before making an informed decision.

At senior levels of government and the public service, time for serious reflection and judicious decision-making is scarce indeed. Almost invariably the daily agenda is full. There are competing demands and short time horizons. Experienced leaders learn to ask how much time they have. It helps decide what other evidence, information and risk management must quickly be brought into the equation. They may have only two or three hours before having to decide, often under pressure from ministers and with incomplete information.

Failure to make a decision generally means a lost opportunity and a step backwards in the competitive business of life and organisations. A well-considered decision sends a positive signal within the organisation and to stakeholders that it is moving forward, even though the ultimate destination may not yet be clear. A positive, forward-looking decision, however, will most likely have to be adjusted as new facts or circumstances emerge. Life seems to teach us that it is better to adjust and move on, rather than fall back because of a poor decision or none being taken at all.

In our connected and Internet-enabled world, effective decision-making will be tested further. Metadata and analytics give us new insights and information. Maybe so much so, that decision-makers won’t have the time or resources to sort out what is valuable. Demands for more open accountability and social media engagement will add to the pressures. In our open democratic society, decision-makers have to be amenable to dialogue and consulting public opinion. That is hard to do when decision-makers are fully caught up in managing an urgent issue or crisis. At those times they need to be protected, to get on with the job in hand while others take up the task of keeping the media and public fully informed. And in the West, we don’t do collective decision-making that well. In Japan, key executives share in an extensive consultation process, share responsibility for their joint decision and are collectively committed to implementing it.

In all decision-making processes, we mustn’t lose sight of the human element. People deserve to be well led, work in an agreeable culture and be encouraged to do their best in the public interest. Poor decisions usually have their genesis in a lack of attention and time, especially in dealing with people. They are the ones who convert strategy, decisions and planning into good outcomes.

Bob Cotton will be one of the speakers at the upcoming Policy Forum event, Bridging science, economics and policy silos. Find out more and register here: https://crawford.anu.edu.au/news-events/events/8711/bridging-science-eco...