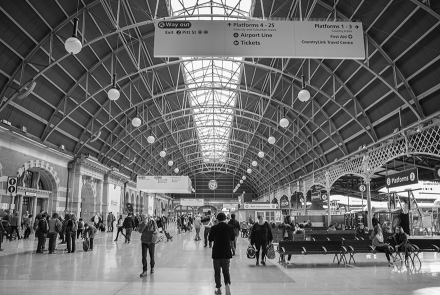 ‘Canberra-knows-best’ simply doesn’t cut it in the national security arena. We need a new federalism that recognises and integrates the role of Australia’s states and territories, Anthony Bergin writes.

With the Commonwealth shake-up of its security arrangements through a new Home Affairs Ministry, there is an opportunity to better integrate the roles of the states and territories in security affairs. It’s a conversation Australia’s policymakers need to have, as the states and territories contribute many of the powers and capabilities needed to support our overall effort in dealing with a wide range of national security issues.

All too often, national security has been run as a ‘top-down’ policy, with a tendency towards a ‘Canberra-knows-best’ approach. This means that Commonwealth-State interactions can be a critical ‘rub point’ on national security issues.

Defence is constitutionally the only major area of government that is wholly funded federally. The Commonwealth also has jurisdiction for external affairs (there are some small state trade offices overseas), and the only real capability to advance national interests and prepare to defeat external threats to those interests. Intelligence is essentially only a Commonwealth role (although a few states have crime commissions and police have intelligence capabilities). By and large the same holds true for border security.

But it’s the states and territories that have a primary role in responding to many of the threats we face each day across a broad sweep of national security issues, particularly terrorism.

Australians expect that at the state and territory level that their governments will work with the Commonwealth to provide the necessary degree of security to allow their way of life to continue as normal. But in a new National Security College Policy Options Paper I point out that national security is an increasing concern of state and territory government agencies with a broad range of service delivery, policy, program and regulatory functions which could be jeopardised by a range of hazards manifesting.

There are a wide range of national security issues with a focus on the role and responsibilities of the jurisdictions. State governments are, for example, increasingly vulnerable to malicious cyber activity, particularly in areas relating to critical infrastructure. It would also be naïve to assume that state governments have not been subject to foreign interference in the same way as Commonwealth agencies. This is of particular interest in areas where there is a nexus between the Federal and state governments in sensitive areas and capabilities, such as counter-terrorism and cyber security.

Natural disasters are predictable ‘surprises’: we know they’ll happen, but we just don’t know exactly when. It’s the states and territories that have primary responsibility when it comes to emergency management. The Federal Government’s role is limited to financial recovery assistance, facilitating coordination and capability enhancement, and responding to natural disasters overseas.

In some jurisdictions, defence is a critical sector for economic prosperity and long-term employment. The promotion of defence industries, and winning defence contracts, is therefore very important. Defence needs to work cooperatively with the states and territories on local planning and environmental issues when it comes to managing the vast Defence estate. The states coordinate with the Federal Government on veterans’ affairs.

It will be important for the jurisdictions to work collaboratively to share resources and expertise before, during and after a public health emergency. The states play a vital role in working with infrastructure operators on risk analysis and in planning for supply chain interruptions in key areas, such as liquid fuels.

As state governments proceed with asset recycling, such as electrical power grids, there’s a need to balance those sales, and other forms of foreign involvement in supply chains, outsourcing and offshoring arrangements, with broader national security imperatives.

Another key area where the states have an essential role to play is in devising approaches to deal with the issue of countering violent extremism (CVE) and understanding local networks. The states are essential to help the Federal Government shape narratives around CVE issues: it would be disastrous if the Federal Government were to operate ‘in a bubble’ in this sensitive area.

The national security field is dynamic and ever changing, particularly in areas such as cyber security, so there is always scope for enhancements.

But the states and territories aren’t always in a position to identify and distil common security interests amongst themselves and clarify joint policy positions to bring them to the Council of Australia Governments (COAG).

The Department of Prime Minister and Cabinet, in cooperation with Chief Ministers’ departments, should look at options to see how the jurisdictions can learn from the experience of other states in these areas.

COAG should examine how to strengthen its role as a strategic forum on national security matters and work with the jurisdictions to develop a more unified approach on security matters. The country should develop an approach whereby state agencies benefit from access to each other’s skills, experience and capabilities across many security issues. At the same time, there will always be some tensions between broadly national needs in the security space and the desire of the states in some areas, such as asset recycling, to make their own decisions in what they feel is in their own security interests. The new Home Affairs portfolio should establish better coordination and information sharing across jurisdictions as an ongoing priority.

Now more than ever, we need to recognise that, at its core, our national security system should be an intergovernmental system. The Canberra-knows-best mindset to national security doesn’t cut it and needs to change. We need a federalist approach.

This piece is based on the author’s National Security College Policy Options Paper, Federating security.