Home » News and events » All stories » Snowy 2.0: the lowdown on hydro 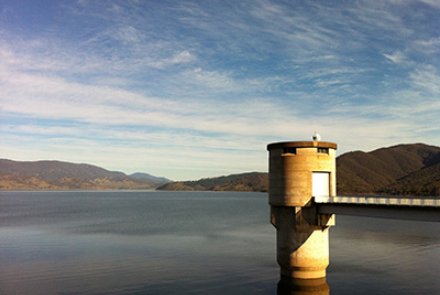 Snowy 2.0: the lowdown on hydro

All things being equal
Why sexual and reproductive health are a foundation for development.

On this Policy Forum Pod, Frank Jotzo, Ken Baldwin and Matthew Stocks break down the how and the why of Snowy Hydro 2.0 and what it might mean for Australia.

Australian Prime Minister Malcolm Turnbull has revealed plans for a multibillion-dollar extension to the Snowy Hydro-electric scheme, in what he has called a “game-changing” development for Australia’s energy market. But does the proposal hold water? In this week’s Policy Forum Pod Extra, Frank Jotzo, Ken Baldwin and Matthew Stocks take us through what Snowy Hydro 2.0 might mean for Australian energy policy. Listen here: http://bit.ly/PFPsnowy

Professor Frank Jotzo is an environmental economist at Crawford School of Public Policy, where he is also Director of the Centre for Climate Economics and Policy.

Professor Ken Baldwin is the Director of the Energy Change Institute at The Australian National University, and Deputy Director of the ANU Research School of Physics and Engineering.

Dr Matthew Stocks is a fellow at the ANU Research School of Engineering where he investigates energy storage and photovoltaic technologies.

Australia’s Snowy Hydro-electric scheme has been described as one of the world’s greatest engineering marvels. But since its completion in 1974, it has had no major extensions. So what’s on the cards for Turnbull’s proposal?

Ken Baldwin explains that the plan is for the construction of an energy storage facility, in which water is pumped uphill where it can be released to produce energy as needed.

“This is not adding new generation capacity to the network. What this does is it uses energy generated by other sources like renewables, stores them for a time when we need the energy, and then puts it back into the system,” Baldwin says.

The scheme could be used to add more reliability to Australia’s energy market, something which Frank Jotzo says is a development to be welcomed in the current political climate.

“What we’ve seen unfold over the last few months is a splendid example of the mess that Australia’s energy and climate policy has gotten itself into. It is a highly politicised debate, there have been policy flip-flops over the last ten years or longer, resulting in very deep policy uncertainty, which has stifled investment in the energy sector.”

And while questions remain over the politics of the scheme, the idea at least seems to be a step in the right direction. Matthew Stocks says he sees it as a foundation for getting Australia’s energy policies back on track.

“Twelve months ago nobody was talking seriously about storage, and yet here we have the Prime Minister making an announcement about a major network storage facility, and so this is starting to push us in the right direction of where technology needs to change.”

You can catch up with our Policy Forum podcast series here, or via iTunes, Stitcher, and Soundcloud.