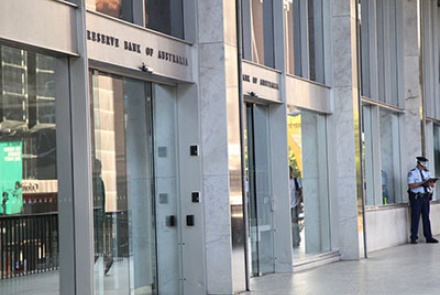 No need for pre-Budget rate change

Timo Henckel is a Lecturer in the Research School of Economics at the ANU College of Business and Economics, and Research Fellow at the Centre for Applied Macroeconomic Analysis (CAMA) in Crawford School of Public Policy, The Australian National University.

Australian interest rates should remain on hold in May ahead of the federal Budget and with ongoing global uncertainty over Donald Trump’s Presidency in the US and North Korea’s weapons testing, Crawford School’s RBA Shadow Board has found.

The board of the Reserve Bank of Australia (RBA) will meet on Tuesday to review official interest rates, which have been at a record low of 1.5 per cent since August last year.

Chair of the RBA Shadow Board Dr Timo Henckel said March quarter inflation rose to 2.1 per cent and back within the RBA’s 2-3 per cent target band, while the unemployment rate remains a worrying 5.9 per cent seasonally adjusted.

“In an attempt to balance all these competing forces, the RBA Shadow Board remains convinced that the cash rate should remain at its current level.”

He said the RBA Shadow board attached a 57 per cent probability that holding rates steady was the appropriate setting, up from 54 per cent in April.

Dr Henckel said the global uncertainty and the contents of the Budget on 9 May were the biggest issues for the economy.

“International news is dominated by electoral uncertainty and geostrategic posturing. In particular, the sabre-rattling by the leaders of North Korea and US are cause for concern. An intensification of this conflict will likely unsettle global financial markets, with implications for the Australian market also,” he said.

“Domestically, the housing crisis is attracting increasing attention, with the Treasurer acknowledging that the crisis extends not only to mortgagees but also to renters.

“The big unknown is this month’s budget. It will likely include a housing package yet big reforms such as changes to negative gearing and capital gains tax concessions are off the table. The government’s announcement to fast-track last year’s $50 billion infrastructure plan will generate a sizeable fiscal stimulus.”

The RBA Shadow Board said in the longer term, the probability for a needed rate hike in six months was 73 per cent for May compared to 74 per cent in April.