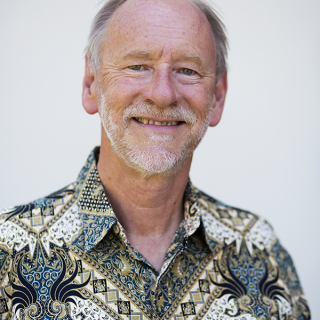 Hal Hill is the H.W. Arndt Professor Emeritus of the Southeast Asian Economies at the Crawford School, College of Asia and the Pacific, Australian National University. His main research interest is Southeast Asian economic development.

He is the author/editor of 20 books and about 170 journal articles and book chapters. Over the past 20 years and beyond he has been active in managing/co-managing several major research projects with a large and diverse group of authors and colleagues that have resulted in edited book volumes on various aspects of Asian economic development. Details of the volumes published since 2000 are listed below. His major current research project is an updated and fully revised third edition of his book on the Indonesian economy, to be published by Cambridge University Press.

He serves on various boards and committees, including the Honorary Board (Dewan Kehormatan) of the Bank Indonesia Institute, the Council of the East Asian Economic Association (of which he is President in 2020-21), and boards at the ANU, Macquarie University, and Monash University.

He has advised and consulted to the Australian Government, the Indonesian Government, the Asian Development Bank, the World Bank and various United Nations agencies. He is also a member of the editorial boards of 12 academic journals, and a frequent media contributor.

He is a Fellow of the Academy of Social Sciences of Australia, and has been an official guest of the Republic of Indonesia under its Presidential Friends of Indonesia program.

In 2020 he was appointed an Officer of the Order of Australia (AO).