Trevor Swan and Indian planning: The lessons of 1958/59 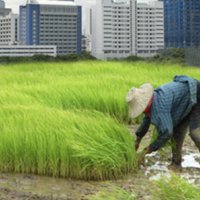 Trevor Swan is commonly considered to be Australia’s most distinguished economist. As part of a visiting professorship at MIT during 1958-59 he spent nine months in India to assist in the formulation of India’s third five year plan and to contribute to the development of India’s premier research institutions. This paper provides an account of his work in New Delhi. Swan’s closest associates were Pitambar Pant from the Indian Planning Commission and Ian Little who was visiting from Oxford. Swan was of the view that India’s economic problems should be clearly understood and the best policy measures to address these should be devised. This varied considerably from the practice of central planning and state control being practiced in India at that time. Swan was unable to influence the direction of economic policy in India but the economy’s subsequent performance would vindicate Swan’s views on how economic development policy should have been conducted.