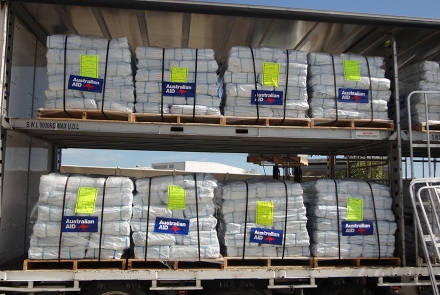 Matthew Dornan is a Visiting Fellow at the Development Policy Centre. He conducts research on a broad range of issues related to aid and economic development in Pacific island countries.

New economic modelling has found that every additional $1 spent on Australian foreign aid in Asia has resulted in $7.10 in Australian exports.

The study, a first of its kind in Australia, also found that this result was consistent irrespective of whether Australian aid was tied aid to Australian contractors – a feature of aid in the past which the authors found had been ineffective.

Co-author of the research Dr Matthew Dornan, Deputy Director of the Development Policy Centre at Crawford School, said the modelling clearly showed that foreign aid had resulted in economic benefits for Australia, in addition to its already established impacts on poverty alleviation.

“It’s clear Australian aid is serving our national interests through growing economies in our neighbourhood, which then provides benefits to Australian exporters.”

The study looked at Australian export data in relation to foreign aid spending between 1980 and 2013. Australia untied its aid program in 2006, allowing the researchers of this study to examine the impact of that policy change.

“We wanted to see whether the shift away from tied aid has had any impact on Australian exporters,” he said.

“The results showed the shift away from tied aid has had no impact on exports.” “In a context where the national interest has been given greater emphasis by the Australian government, our results show that the tying debate is at best a distraction as aid increases exports more significantly through other channels.”

In a speech at the ANU in February this year, Minister for Foreign Affairs Julie Bishop highlighted the need for the Australian international aid sector to better explain why it is in the national interest to support developing countries.

The study was undertaken by Mr Sabit Otor and Dr Matthew Dornan. The results of the study have been published in a discussion paper which is available on the Development Policy Centre website: devpolicy.org/publications/discussion_papers/DP62_How-does-foreign-aid-impact-Australian-exports.pdf.