Home » News and events » All stories » A double-edged Budget 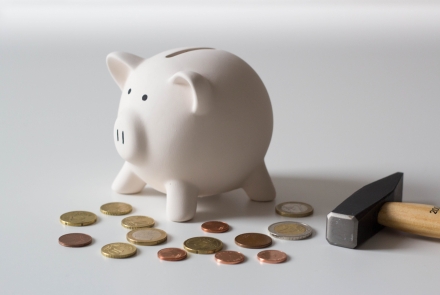 Crawford experts in economics, tax policy and national security provide their thoughts and analysis on the 2018 Budget:

“We should welcome the move to give money back to taxpayers who have seen income tax increase as a percentage of their income over the past few years.

“The proposed changes should not be called ‘reform’ and do not represent reform. The new tax offset adds complexity to an overly complex system.

“Nothing has been done to address the problems with GST or the complexity of the system or to reduce the number of taxes.

“Nothing has been done to address the many expensive exemptions and exceptions in the system which are actually a bigger threat to fairness than the marginal rate structure.”

“The tax cuts, if fully implemented, bring our income tax system very close to the flattened rate structure that was proposed by the Henry Tax Review 10 years ago. But there is a big difference. This is a tax cut package without tax reform.

“The Henry Review recommended rate cuts as part of a tax reform package that would have broadened the base to tax capital incomes more fairly and evenly, simplified the income tax by removing offsets and limiting deductions, taxed resources and land more substantially including supporting state tax reform, and enacted carbon and environmental tax measures.

“The GST is nowhere to be seen, although it was supposedly urgent in the Re:Think white paper that the Government abandoned in 2015. The Treasurer has put the states in a straitjacket with the arbitrary tax to GDP cap, which includes the GST. But doesn’t the Government keep saying the GST is a state tax? “We are unlikely to see any proposals to broaden the base or the rate of GST to fund public services in future - the tax cuts to compensate have already been announced and there is no willingness to raise transfers or pensions for those on low incomes who are the big losers from this budget.”

“The additional funding announcements for some of Australia’s intelligence agencies - notably in ASIO and ASIS - is a sensible move in the right direction, and follows recommendations from 2017’s Independent Intelligence Review calling for renewed investment in this important capability.

“Many commentators and analysts had called for the Government to exempt these agencies from the efficiency dividends that had seen reduction in some capabilities. The agencies have all undertaken programs of efficiency reviews and have rebalanced and refocussed their work efforts, but had warned that they could not appropriately address the very real threats to Australia’s interests including foreign interference, espionage and terrorism, without additional and sustained resourcing.

“The announcement of a review of the Home Affairs portfolio demonstrates a commitment to guiding and checking the development of this new central agency.

“The review should focus on how the new agency and its portfolio will work with the new Office of National Assessments, which will be stood up on 1 July 2018, and how probity and oversight arrangements will work in relation to the various investigative powers in Home Affairs. The announcement of a substantial review program for Home Affairs should satisfy some of the public concerns expressed with the announcement of the Home Affairs agency last year.”

“If the Government were really concerned about climate change, this is not the budget they would go for.

“Australia’s former carbon price arrangement was helping to both reduce emissions and boost the budget bottom line. Without it, fiscal policy settings are not well aligned towards addressing the climate challenge. This budget also saw a reduction in spending on emissions-reduction initiatives.”