Home » News and events » All stories » Lies, damn lies, and the GFC 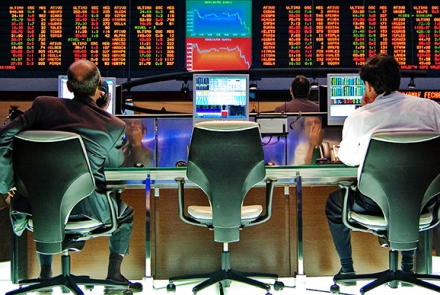 Lies, damn lies, and the GFC

The world has no chance of learning the lessons of the GFC if we allow those who let it happen to construct alternative histories, Quentin Grafton writes.

The Global Financial Crisis (GFC) began when Lehman Brothers went into bankruptcy on 15 September 2008 – capping off eight years in which the CEO had been paid almost half a billion dollars in salary and bonuses.

We are told the speedy actions of central bankers, coupled with co-ordinated stimulus spending by G20 governments, saved the world from a financial catastrophe. Yet there was a real cost for millions who lost their homes, savings, and jobs. This was not a game of monopoly, but affected real people and ruined lives.

Recently, pundits have begun to construct an alternative history of the GFC. Some of those who were ‘asleep at the wheel’, and who were prepared to let risks escalate so long as the banks were making money, are now trying to recast themselves as heroes.

Ben Bernanke, Chairman of the US Federal Reserve from 2006 to 2014, is now described as the right man with the right credentials who helped save the world. Bernanke even wrote a book on his exploits and his courage under adversity while in charge. Yet in July 2005, when he was Chair of President Bush’s Council of Economic Advisors, this financial genius said:

“I’m confident, in fact, that the bank regulators will pay close attention to the kinds of loans that are being made, and make sure that underwriting is done right.” And, “We’ve never had a decline in house prices on a nationwide basis. So what I think is more likely is that house prices will slow, maybe stabilise: might slow consumption spending a bit.”

Hank Paulsen, CEO and chairman of the world’s biggest investment bank, Goldman Sachs, before he was appointed the US Treasury Secretary in 2006 by President Bush, was another one of these ‘Captain Marvels’. Yet the investment bank he ran, like others, traded in securitised US mortgages that helped spread US housing risks around the global financial system.

This rewriting of history really matters. If we buy these stories, we will fail to recognise that the world is not in safe hands.

Believing in the tooth fairy does not stop tooth decay. An ‘alternative history’ of the GFC, like ‘alternative facts’, is dangerous. It leads to complacency, especially by those who are responsible for protecting our economies from economic meltdowns.

Yet some of the very people who contributed to the complacency in the lead up to the GFC are now hailed as gurus. This past week, Gordon Brown, UK Prime Minister from 2007-2010, said: “We are in danger of sleepwalking into a future crisis.”

He’s right, but under Brown’s watch as Chancellor of the Exchequer from 1997 to 2007, the Financial Services Authority (FSA) was established. From the start, the FSA was lauded for its ‘light regulation’ of the UK financial sector, but its demonstrable failure to regulate and its cosiness to those it regulated led to it being abolished in 2013.

Australia now holds the record – 27 years and counting – among rich countries of an unbroken period without a recession. A great success, but one that has led to complacency from many Australian leaders and regulators.

Australia’s own alternative history is that its banks are well run (at least for their shareholders if not for their customers), its Reserve Bank is full of financial geniuses (who were raising official interest rates in March 2008), and its public service is among the best in the world (yet Peter Shergold AC, former Secretary of the Department of Prime Minister and Cabinet, has identified serious failures in risk management within the sector).

In October 2008 one of Australia’s big four banks was very shaky and needed to secure loans overseas for its domestic lending. In the words of a then-Chief Financial Officer of one of the big four “…it was really only when the Fed started to help out and provide a US dollar swap facility for the Reserve Bank and other central banks that we were able to get through that period.”

The Reserve Bank of Australia’s actions in dramatically lowering interest rates, ensuring liquidity and confidence in the financial system, were critically important in 2008 in the wake of the Lehman Brothers collapse. But the huge fiscal stimulus in response to the GFC by China, by far Australia’s largest trading partner, not to mention a large dip in the value of the Australian dollar, were what really provided the Get Out of Jail Free card for the ‘lucky country’.

In the years since, a Royal Commission into the financial sector has revealed unethical, and possibly illegal, financial practices and a lack of vigilance by financial regulators. Despite this, Australian leaders remain, at least in public, complacent. Indeed, Treasurer Morrison said in April 2018: “I can assure Australians that despite the very disturbing and indeed shocking revelations we have seen in the royal commission… as abhorrent as they are, they are completely separate from any question about the stability and strength of Australia’s banking and financial system… That is rock solid.”

So where does this leave us 10 years on from the start of the GFC? On the plus side, regulators have forced banks to be better capitalised and banks themselves have reduced their own cross-border bank-to-bank exposures. Global economic growth in 2017 was also a very respectable 3.8 per cent.

On the negative side, the China-US trade dispute is morphing into a trade war which makes global cooperation for the next financial crisis much less likely. Public debt in advanced economies has also mushroomed since 2007 with the average government debt-to-GDP ratio increasing by 50 per cent since 2007 – it is currently 105 per cent.

This seriously reduces the ability of some rich countries to undertake fiscal stimulus in a future downturn.

Worryingly for Australia, China’s debt has ballooned and is now 2.5 times its GDP, an increase of about 80 per cent since 2007. Meanwhile, Australia’s household income-to-debt ratio has grown from 160 per cent to almost 200 per cent and is one of the highest in the world. Australia’s household debt service ratio at 16 per cent is worryingly high (and about twice as big as the US) given record low official interest rates. Meanwhile, some 80 per cent of Australian borrowers are on variable rate mortgages and there is about half a trillion dollars of interest-only loans set to expire in the next four years.

Very low interest rates in the rich world have become the norm and prove that the world economy has still not recovered from the GFC.

Low interest rates have stimulated sky-high asset prices as investors have sought higher (and typically riskier) yields. In some economies, such as the G20 countries of Turkey and Argentina, complacency has led to borrowing in US dollars at very low interest rates. But as confidence in emerging economies has evaporated, and the US dollar has strengthened against most other currencies, US-denominated debts are now much more expensive to service.

To stabilise the recent free fall in their currencies, official annual interest rates in Turkey are now 24 per cent and in Argentina are currently 60 per cent. The fiscal stimulus of the Trump tax cuts in the fully employed US economy will add to the pressure to increase US interest rates, thereby adding risks in emerging markets.

So what lessons should we learn a decade after Lehman Brothers went bust?

While another meltdown of the 2008-09 magnitude is unlikely, there is a clear and present danger of asset price bubbles bursting globally. Meanwhile, some regulators, like generals, prepare to fight the last war without looking ahead to see what’s coming. This is not the time for complacency or believing in tooth fairies. Nor is it a time for self-congratulatory alternative histories about the GFC.