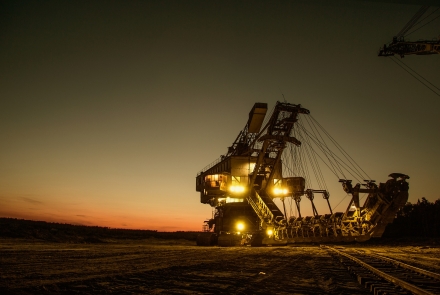 Managing the end of a lucky streak
Is Australia’s mineral investment boom running out of luck?

Crawford School has today launched the first comprehensive public database tracking Chinese commercial investment in Australia, which shows there has been $40.4 billion worth of investment over the past four years through a total of 262 transactions.

The Chinese Investment in Australia (CHIIA) Database is based on a new methodology developed by the East Asian Bureau of Economic Research based at Crawford School.

The CHIIA data for this period shows Chinese investment in Australia peaked in 2016 with $14.9 billion worth of transactions in the calendar year, followed by $8.9 billion in 2017.

Last year the mining sector accounted for the biggest proportion of Chinese investment making up just over half of total value of transactions, followed by Health Care and Social Assistance with 15.5 per cent. But the share of mining has fallen.

CHIIA also reveals that big deals led the way, with 88 per cent of total investment connected to transactions involving at least $100 million.

“This is the most accurate data of its kind currently available to the public,” Professor Drysdale said.

“There has been a lot of recent discussion around Chinese investment in Australia, in both policy circles and the public arena.

“This database adds clarity about the scale and structure of Chinese investment in Australia in a way that we haven’t had before.

“The development of a transparent methodology for the construction of this database is a major contribution that I hope can be replicated by others to put together data on other foreign investment flows.”

The project was supported by the Australian Treasury and developed in consultation with a number of partners including the Australian Bureau of Statistics, PwC, Corrs, MMG, Macquarie Group, Future Fund and the Reserve Bank of Australia.

The CHIIA methodology produces data from public sources, using consistent classifications and transparent methods, making it suitable for use in peer-reviewed academic publications.

The database is available free at www.chiia.eaber.org.