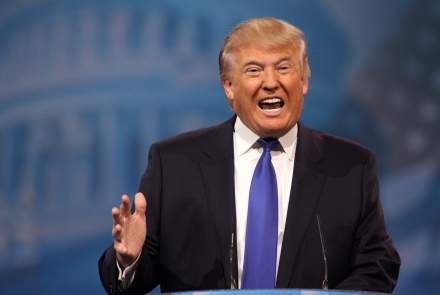 Tweeting the world into a slump

The causes of continued turbulence in global financial markets, declines in global economic growth, and a sharp slowing of global trade are complex. Both trend and cyclical factors are at play.

There are persistent declines in the drivers of economic growth such as a global demographic slowdown, low productivity growth, and weak investment.

Also, disruption from new technologies and the effects of emerging economies catching up to the economic frontier and reducing costs through increased competition are generating enormous wealth but disrupting existing capital – human, physical, and natural.

This disruption is causing falling costs of doing business, which is driving down inflation rates during the transition. On top of this, and because of these factors, there has been an increase in income inequality in many countries which is also driving political disruption.

Policymakers have been responding with policies designed for smoothing the business cycle rather than policies that reverse the trends in the drivers of economic growth.

Central banks have flooded the global economy with liquidity and distorted asset markets, particularly stock markets, bond markets, and housing markets, although the extent of distortion differs across economies.

On top of this potentially disruptive situation and driven by the Trump Administration, three wars have broken out: a trade war, a Twitter war, and now a currency war. These together have increased the volatility of markets and further worsened the global economic picture.

A trade war limited to the US and China causes economic losses to both combatants but not a severe negative shock because of the relocation of trade that occurs in an open globalised world.

In recent papers modelling a bilateral trade war between China and the US, we find that the Chinese currency depreciates and that Chinese exports get diverted away from the US towards other markets.

The redirection of trade due to a fall in the price of Chinese goods buffers the negative impact on Chinese GDP. The exchange rate adjustment plus the ability to use other policy levers in China dampens the fallout in China to some extent.

The problem is that the rising possibility of a global trade war reduces confidence and increase risks and uncertainty. Greater uncertainty sharply reduces private investment and worsens the economic slowdown.

The Twitter war, where a sitting president of the US uses Twitter to announce foreign policy, to attack international allies, to attack the Federal Reserve, and makes economic and other policy announcements on the run, seriously undermines confidence. Policy uncertainty, especially on the scale under the Trump Administration, can undermine confidence at a global scale.

The impact on confidence is where the Twitter war is dangerous. The US and global economies are slowing because of lack of investment due to slower growth – which is self-reinforcing. The persistence of uninformed tweets from President Trump continually undermines confidence. Most dangerous are the attacks on Federal Reserve policy and Fed independence.

A currency war could easily spiral into repeated exchange rate devaluations, ultimately causing higher inflation. Higher inflation is not a bad outcome, but the extreme volatility it would induce in financial markets can further undermine confidence.

The greatest risk of all is that the three wars will lead to a loss of confidence that ultimately leads to financial panic. A financial panic is a real possibility because central banks are not as all-powerful as market participants appear to believe. After a decade of lethargic economic activity post the Global Financial Crisis, the point is fast approaching where the inconsistencies in the global economy will hit a binding constraint.

The evidence is mounting that the US fiscal stimulus through tax cuts did not raise the potential growth rate of the US economy, but was rather an income transfer to the wealthy.

US fiscal deficits increase the probability of a more wide-ranging trade war because the US trade position will continue to worsen as the US borrows ever more from other countries.

Predicting the future is fraught with problems. It seems that a likely scenario is that there will continue to be a long period of global weakness driven by declining fundamentals and increasing policy uncertainty from an unpredictable president.

Australia can continue to grow because of relatively strong fundamentals, but there will inevitably be an adjustment in the economy at some stage due to the mistaken policy of cutting interest rates. Trying to sustain economic growth with ever-falling interest rates is not sustainable without significant policies that raise productivity growth and investment.

Ultimately, if a global trade war starts to spread widely across the major countries and the currency wars escalate, then there will be a severe global recession which Australia cannot avoid.

This article was first published in the Australian Financial Review.