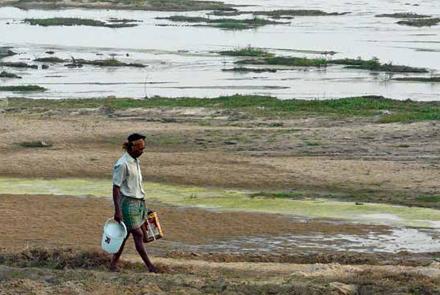 An inhabitant of South Asia's chars.

Kuntala Lahiri-Dutt convenes the gender specialisation in the Masters in Applied Anthropology and Participatory Development (MAAPD) course and also teaches courses on Exploring Gender and Development.

Mining, minerals and firmer foundations for the future
The UN push to decouple mineral resource use from economic growth. 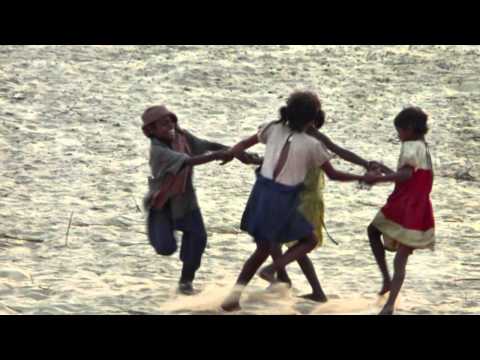 Dancing with the river

Life on South Asia’s shifting river islands, or chars, can be like playing lottery with nature, reports BELINDA CRANSTON.

Imagine going to sleep at the end of the day, with every possibility your home could be washed away overnight.

It’s an everyday reality for the millions of people who reside on the sandbars of South Asia’s Bay of Bengal delta.

Known as char-dwellers, seasonal flooding and riverbank erosions mean these people play a lottery with nature – at any time homes and assets can be washed away.

Their lives are documented in a new book, Dancing with the River, by Kuntala Lahiri-Dutt of the Crawford School of Public Policy in the ANU College of Asia and the Pacific, and Gopa Samanta from the University of Burdwan.

In their groundbreaking book, the authors explore the world of chars—the part land, part water, low lying sandy masses that exist within the riverbeds in the flood plains of lower Bengal.

In West Bengal, chars are used by the poorest and ‘most wretched of the earth’, including homeless Bihari and Bangladeshi Hindu migrants, the authors point out.

Often ideal for agricultural purposes, the chars are formed through rivers washing sandy, silty material down mountains and into the sea – much of which is stored temporarily in the form of river islands.

For the purpose of their research, Lahiri-Dutt and Samanta examined 11 chars across the former region of Bengal.

“In Bangladesh people have accepted the existence of chars,” says Lahiri-Dutt.

In India, however, those who lived on them were viewed as illegal citizens.

“There is no government record of the property existing,” says Lahiri-Dutt, “so chars are not legally owned.”

Abrupt falls in market prices for agricultural products, physical isolation, and illness are other realities. Additionally, boundaries are in constant flux, and the remoteness and lack of accessibility mean a total lack of health care, sanitation, water and electricity supplies.

On the upside, the book’s authors argue that some inhabitants might feel more secure living on chars than among hostile neighbours.

Several make plans for a long-term stay, others, fully aware of their vulnerability, use them as a temporary place of residence while making plans to live in mainland areas.

Lahiri-Dutt does not, by any means, perceive char-dwellers as victims, preferring to focus on their resilience, rather than calling on governments to lend support.

“The fact that poor people live on the most marginal of environments is well known,” she says.

The day-by-day approach to life by char-dwellers offered “a profound experiential view of living with a highly changeable and non-benign nature,” Lahiri-Dutt emphasises.

Adaptation was the key to their survival.

“What is not well known is how poor people deal with the vulnerabilities and the risks that arise from living in these sorts of marginal environments,” says Lahiri-Dutt.

“Char-dwellers don’t plan for six months, or six years, they plan for today.”

While the thought of one’s home being washed away over night was not a happy one, the idea of everything being temporary and contingent was not necessarily bad either.

“We are hardwired to believe that permanent is good,” says Lahiri-Dutt.

Dancing with the River is published by Yale University Press.

It will be launched at 5pm Thursday 4 July. Register for the event here: https://crawford.anu.edu.au/events/1645/dancing-river-people-and-life-ch...

This article was originally published on the ANU College of Asia and the Pacific website: http://asiapacific.anu.edu.au/