Home » News and events » All stories » Rough seas ahead 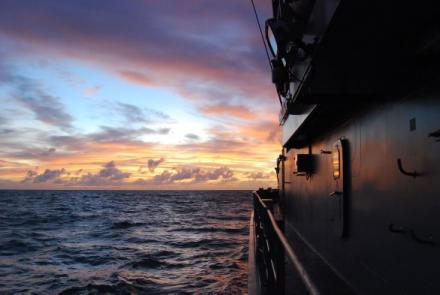 The ANU College of Asia and the Pacific is one of the world’s leading centres for teaching and research on the region.

A broken relationship?
Issues between Australia and Indonesia continue to surface.

Australia needs to be mindful of Indonesian values on border protection and in delivering foreign aid programs, warns ANU expert.

The Federal Government’s controversial plan to turn back asylum seekers from Australian to Indonesian waters has sparked concern among Indonesian leaders, with some calling it a threat to their sovereignty.

“The over-arching message to Indonesia and the Australian media is that it is not all about the boats,” McCawley said.

While in Indonesia, Abbott has said Australia would have ‘total respect’ for Indonesia’s sovereignty when implementing his asylum seeker policies.

According to McCawley a plan to buy boats from Indonesian fishermen, to prevent them from being used to transport asylum seekers, was best forgotten.

“It won’t work,” McCawley said, noting there were “thousands of boats” in Indonesia, and that ownership wasn’t something that could be easily traced.

“A lot of these boats would not be registered,” he pointed out.

“How do you buy a boat if you can’t work out who the owner is?”

And he did not foresee the movement of people from poor countries to Australia stopping anytime soon.

“Australia has a really big problem here, and that is that the movement of people from poor countries is not going to stop,” he said.

“We are at the point, a moment in human history, when more and more people in developing countries want to move to rich countries.

“This is happening all over the globe.”

McCawley said that outsourcing the issue was also not a good move by the Australian government.

“Around Asia, this business of asylum seekers coming to Australia is seen as an Australian problem,” he said.

Indonesia couldn’t solve the problem – it was dealing with its own issues, including the illegal migration of about a million Indonesians to Malaysia.

That compared with around 12,000 a year seeking asylum in Australia.

“The numbers we are talking about in Australia are trivial when you look at it, from Indonesia’s point of view,” he said.

Money can’t buy you love on the global stage

McCawley, who was on the executive of AusAID during the 1980s and 1990s, said Australia also needed to respect Indonesian values when distributing foreign aid.

“It is a request by the Australian government to spend money, often within Indonesia.

“You can’t spend money in someone else’s country without their agreement.

“What often happens is that the Australian government wishes to maintain control over the spending of aid monies.

“And that means that the Australian government wishes to maintain control over the spending of money within Indonesia.”

It was a sensitive issue that wasn’t fully understood by Australia, McCawley said.

He gave the example of University of Indonesia law expert Hikmahanto Juwana accusing Indonesia’s National Search and Rescue Agency (Basarnas) of receiving illegal funds from the Australian government, to bring asylum seekers and refugees from the Middle East ashore in Indonesia.

“This is the search and rescue agency that, in principal, we need to work with,” McCawley said.

Abbott’s 36-hour visit to Indonesia wrapped up on Tuesday.

This article originally appeared on the ANU College of Asia and the Pacific website.