Home » News and events » All stories » A broken relationship? 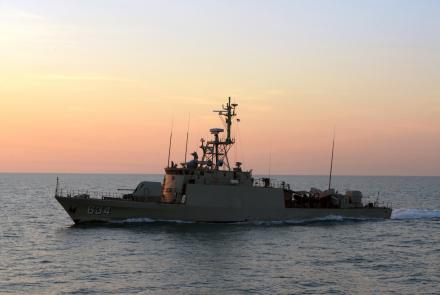 Rough seas ahead
Turning the tide on boats could lead to hot water.

Reports of an Australian government plan to use lifeboats to turn back asylum seekers may have unforeseen legal implications, says an ANU expert.

It’s not new knowledge that Australia and Indonesia’s relationship has experienced some rough patches since Australia’s Federal election. The issues over asylum seekers and the management of the boat issue ignited political conversations between the two countries.

Recent reports indicate that the Abbott Government plan to use lifeboats to get asylum seekers back to Indonesia.

“What exactly are the details here? For example, if you stop rickety sinking boats in the high seas, and transfer all of these people to lifeboats and turn the lifeboats back to Indonesia, who owns those lifeboats?

“These will be Australian government assets. You transfer the ownership to somebody presumably, [and] if you don’t transfer the ownership then you’ve got boats that are arriving back in Indonesia waters that are not owned by anybody… I mean, will the boats have papers? Whose names will be on the papers as the owners of the boats, and these boats will be unregistered at the Indonesian end.

“[Indonesian] officials will want to have precise details of what the legal implications of all this are, and I imagine so do Australians and the Australian parliament,” he said.

McCawley said that even though there have been difficulties in the relationship, Australians have never had it so good.

“Right now people in Australia would be taking the view that [President] Susilo Bambang Yudhoyono and the Indonesian government are a little difficult to deal with.

“Well, looking back over the history of Indonesia it could certainly get a lot harder.

“In six months time the political landscape will look quite different in Jakarta.

“We will be lucky if the next president and the next parliamentary system is as easy to deal with as President SBY.

“We have to expect that by the middle of the year the political waters at the Jakarta end might be getting a bit choppier and harder to handle then things are right now,” he said.

To listen to the full interview go to: http://www.abc.net.au/radionational/programs/breakfast/jakarta-still-con...