Home » News and events » All stories » Breaking through the barriers 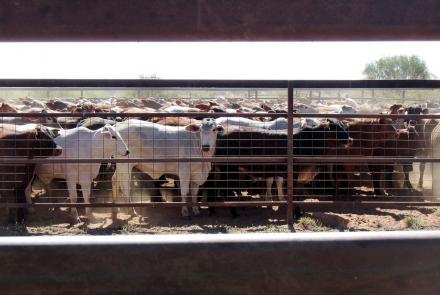 Breaking through the barriers

Arianto Patunru is a Fellow at the Arndt-Corden Department of Economics.

Reducing trade barriers will give the trade and investment relationship between Australia and Indonesia potential to grow, writes Arianto Patunru.

Indonesia has a population ten times as big as that of Australia, but its per capita income is only one-tenth of Australia’s, so what’s really at risk if the trade relationship between the two countries breaks down?

The recent spat over spying allegations has generated debate, or at least curiosity on the level of importance of the relationship between the two countries.

It’s fair to say political issues are key to this relationship. These include issues such as asylum seekers and counterterrorism – mostly thanks to the geographical proximity of the two countries.

As for economic factors, the relationship so far is relatively thin. Australia’s share of Indonesia’s total imports in 2012 was 2.8 per cent (around US$5.3 billion). Major commodities included in this are wheat, crude oil, aluminum and copper.

From the opposite side, Indonesia’s share of Australia’s total imports in 2012 was 2.6 per cent (around US$6.6 billion), dominated by crude and refined oil, gold, as well as articles of iron and steel.

Australia exports about 40-65 per cent of its live cattle to Indonesia. This translates into around 20-30 per cent of Indonesians’ beef consumption. Though live cattle exports amount to only to 0.2 per cent of total Australian exports of goods and services, regionally this might have a strong impact.

According to Meat and Livestock Australia, from July 2012 to June 2013 Australia’s total live cattle exports to Indonesia were valued at A$174 million. The Northern Territory and Western Australia held about 40 per cent and 35 per cent, respectively, of the market share.

But cattle has been an important political economy issue shaping the relationship between Indonesia and Australia – at least in the media.

The case of the recent ‘trade war’ was illustrative, with the Indonesian government cutting import quotas for live cattle and beef in 2012 and further in 2013 in response to the Australian government temporarily suspending live cattle exports to Indonesia. The government implemented the the ban following the release of video footage showing the inhumane treatment of cattle in Indonesia.

As a result, the cattle export trade from Australia halved and the beef price in Indonesia soared. By the end of July 2013, close to the Eid festival days, the beef price in Indonesia had soared so high it prompted the government to abandon its quota from Australia, leaving Australian farmers struggling to supply the quantity of extra cattle the Indonesians were ‘urgently wanting to buy’.

Following the spying furore, the cattle trade issue has risen again. Indonesia’s minister of trade, for example, has said that Indonesia should open up the door for live cattle from countries other than Australia. His logic makes economic sense regardless of the spat (namely competition can be good: it would force the price down to the benefit of Indonesian consumers, and it would force Australian cattle growers to be more efficient). But he ignores the proximity. It would be much more expensive to import live cattle and beef from say, Brazil, due to logistics and transportation costs (not to mention other issues such as foot and mouth disease).

The trade and investment relationship between Australia and Indonesia today may be small, but it does have potential to grow. A study by the Centre for International Economics in 2009 showed the two countries have complementary production and consumption patterns. Therefore, an increase in bilateral trade and investment would lead to greater welfare. To achieve this, a reduction in trade barriers is important, and it is also consistent with Australia and Indonesia’s commitment to multilateral agreements.

Australia and Indonesia were among the early adopters of the WTO in 1995 and both showed impressive progress in cutting tariff barriers: in Indonesia down from 13 per cent in 1996 to 7 per cent in 2012 and Australia from 7 per cent to 3 per cent in the same period.

This piece was orginally published on The Conversation: http://theconversation.com/australian-trade-with-indonesia-whats-really-...