Home » News and events » All stories » Sealing the deal 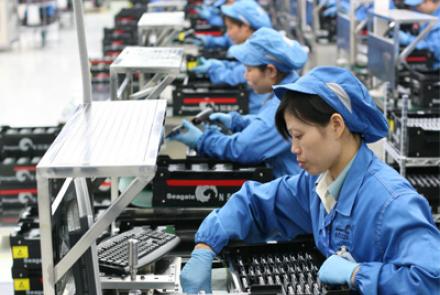 Breaking through the barriers
Australian trade with Indonesia: what’s really at stake?

Encouraging Northeast Asian nations to focus on regional economic cooperation and their role as stakeholders in the global system would be a real achievement of the Tony Abbott Asia trade mission, writes Peter Drysdale.

Australian Prime Minister Tony Abbott heads off on a major expedition at the end of this week in a make-or-break effort to unlock the opportunities of the Asian century for his country in Japan, South Korea and China. The mission includes a large delegation of businesspeople and state premiers as well as many of Australia’s top officials. It embraces Australia’s top-three export markets and a group of countries that are central to the prospects for the Asian economy and the region’s political future. Australia sells more to these three markets than it does to the rest of all of our trading partners put together.

China, Japan and South Korea have a combined population of 1.5 billion and a GDP of US$15 trillion. Collectively, as the prime minister said in a watershed speech in the lead-up to his departure, they have decisively shifted the world’s centre of economic gravity. They are, of course, not only Australia’s major trading partners; China is also both Japan’s and South Korea’s largest trading and investment partner and Japan and South Korea are China’s second and third largest single trading partners after the United States. Northeast Asia is a region characterised by intense economic interdependence. That interdependence has grown within the framework of the global trading regime, not through bilateral or regional trading arrangements. The three economies account for almost one fifth of world trade and their intra-regional trade in turn accounts for over one fifth of their global trade.

Abbott’s immediate political objective is to conclude bilateral ‘free trade’ deals with the three partners. In this he’s playing catch-up with New Zealand and the ASEAN economies which have had such arrangements in place with these partners (in most cases) for some time. Such deals will level out some of the preferential discrimination of those and other arrangements (with the United States and Chile in the case of South Korea) that affect Australia’s export access. They will also attend to other issues in the relationships, such as providing more confidence to Chinese investors in the Australian market. Abbott is rightly cautious about winning the so called ‘great trifecta’ on this trip — South Korea is a done deal, but Japan is still trading interests with Australia into the putative Trans-Pacific Partnership (TPP) negotiations and China is cooling things while it works out what the new Australian government’s early stumbled-footed diplomacy really means.

As former Australian Ambassador to Beijing Geoff Raby wrote recently, ‘early missteps in managing the relationship … have been noted with considerable displeasure in Beijing. These were the unfortunate gaffes that Japan was our “best friend in the region” (the usual formula is “we have no better friend”); continuing the previous government’s blanket exclusion of Huawei’s participation in the National Broadband Network when a review was foreshadowed by some ministers; and the unnecessarily high-profile, media-driven account of representations made to the Chinese Ambassador over China’s declaration without consultation of an Air Defence Identification Zone in the East China Sea’. Failure in managing the diplomacy of Japanese prime minister Abe’s visit to Yasukuni Shrine also offended Japan’s Northeast Asian neighbours.

In his speech last week, Abbott was on much firmer ground with a careful and overall very finely tuned statement of Australia’s huge interests in the China, Japan and South Korea partnerships. Some would fuss about the tone being a tad too mercantilist though the spirit wasn’t. Others would worry at the insinuation of conditionality on the China relationship to political change when the reality is here and now, but there was no hint that the prime minister was unwilling to engage with China as it is today on entirely constructive terms. To underline the point, he highlighted the deft initiative to engage Chinese naval and air force resources in the Australian-led search for the Malaysia Airlines plane MH370 in the Southern Indian Ocean. If he sticks to script in Tokyo, Seoul, Chengdu, Shanghai, Beijing and elsewhere in China, he’ll both regain trust in Australia’s intentions in the region and position for significant engagement with China, Japan and South Korea severally and collectively. The read on Australian intentions had been on the rise with the publication of the previous government’s Asian Century White Paper but has taken a buffeting not only from the missteps in Northeast Asia but also because of the policy gaffes in managing the Indonesia relationship, which will gnaw at the heart of the relationship unless they are eventually corrected.

Prime Minister Abbott concluded that he was ‘confident that the Asian Century will be Australia’s moment too’. He observed that for ‘much of our first century as a nation, Australia’s leaders lamented our isolation from the centres of world affairs. How that has changed. We are not at the wrong end of the world but the right one. We are in the right place, at the right time, with the right spirit. Australia will work with its partners to seize this moment’. This sentiment is spot on and will be well received by his hosts over the coming week or two.

Recent assertions by Australia’s foreign minister that the United States is a more important economic partner than China have muddied the waters on how the government viewed the relationship, so the prime minister’s forthright statement ahead of his visit to Northeast Asia will go a long way to clarifying Australia’s strategic economic and political interests. As Shiro Armstrong asks in this week’s lead essay, ‘how do the diplomats who advise Foreign Minister Bishop make the figures add up in that way when your average Australian citizen commonsensically thinks that China is now much more important [than the United States] on every economic count they are familiar with?’ He politely suggests that maybe the punters are wrong or that alternatively there’s a proclivity among some in the foreign policy circles who hanker for the past, rather than face the reality of the present or the future, to massage the scale of American influence on the Australian economy. He leaves no doubt where his judgment lies. They did this, he says, when Japan was on the rise; they’re now doing it with China.

As Armstrong points out, it makes no sense to confuse flows of trade and investment with stocks especially when the comparison is with a country that already accounts for a third of Australian exports and a fifth of its imports; is the biggest source of foreign fee-paying students; is commonly the largest source of migrants; and is the largest source of tourist visitors. ‘By the correct measure’, Armstrong concludes, ‘Australia’s trade and investment relationship with China is worth around $134 billion a year, $79.6 billion with Japan and $70.4 billion with the United States using the most recent data’.

The scale of what’s happening in China, and the deep economic interdependence among China, Japan and South Korea, provide the opportunity of which Abbott spoke, not merely from the perspective of a narrow focus on preferential bilateral ‘free trade’ arrangements but from the perspective of their importance in the regional and global economy. Quietly encouraging these Northeast Asian partners to lift their sights beyond backward-looking political troubles and focus on the regional economic cooperation opportunity and their role as stakeholders in the global system would be a real achievement of the Abbott mission.

This piece was originally published on East Asia Forum: http://www.eastasiaforum.org/2014/03/31/abbott-pivots-from-enragement-to...