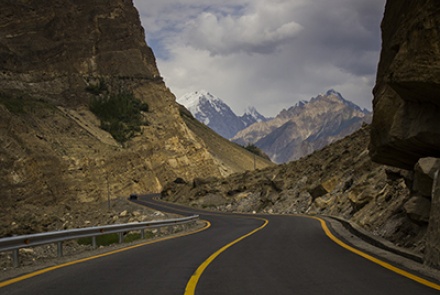 Australia and the Belt and Road Initiative

China’s boldest attempt yet to achieve sustainable development through strengthening connectivity and economic relations with partner countries via the Belt and Road Initiative was stepped up a notch this week at the highest-level conference on the Belt and Road Initiative since its announcement by Chinese President Xi Jinping in late 2013. Crawford School Emeritus Professor, Peter Drysdale was a panellist at the Forum and was accompanied by National Government Fellow Dr Dongdong Zhang at the associated Global Think Tank Summit on held on 14-15 May in Beijing.

‘The world should welcome the Initiative as China steps up its leadership role in upholding free trade principles and deepening economic integration,” said Professor Drysdale.

“This is needed as the world is seeing slow growth and a rising tide of anti-globalisation.”

With more than 1,500 delegates from over 130 nations attending the Forum and Summit, including 29 foreign heads of state and government leaders, the world is certainly paying attention. Australia was represented by Trade Minister Steve Ciobo who was also a panellist at the meeting.

“Australia’s active participation can help contribute ideas, policies, and projects to the development of the Belt and Road,” Professor Drysdale said.

By doing so, Australia can “help China shape the way it provides international public goods and economic leadership,” he said.

‘The success or failure of this Initiative will be critical for the development of China’s external economic relations as well as the global economic regime. But the outcome will depend critically on whether countries like Australia and other western countries make the choice to sign on in the spirit of multilateral engagement. The alternative is a world of transactional bilateral deals that threaten to corrode the openness of the global economic regime, which will be detrimental to Australia’s interest.”

A joint communiqué released after the two-day event reaffirmed the vision of the Initiative as ‘to work for a globalisation that is open, inclusive and beneficial to all.’ It announced agreements on more than 270 deliverables for the boosting of connectivity between countries signed up to the Belt and Road Initiative.

China undertook to scale up financing support for the initiative, including expanding the Silk Road Fund by 100 billion yuan (around US$14.5 billion), encouraging financial institutions to conduct overseas fund business in RMB with an estimated amount of about 300 billion yuan (about US$43.5 billion) and providing replenishment of one billion US dollars to the South-South Cooperation Assistance Fund.

One of the Forum’s organisers, the Center for International Economic Exchange (CCIEE), co-authored the Australia-China Joint Economic Report with the ANU East Asian Bureau of Economic Research (EABER) last year. The Report is the first major independent joint study of the bilateral relationship and was launched in 2016 with the blessing of both governments. It draws policy conclusions to guide the development of bilateral economic relations.