Home » News and events » All stories » Steady as she goes 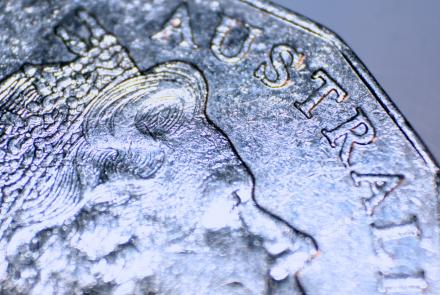 Steady as she goes

A tough call
Warwick McKibbin on the RBA’s decision to cut rates.

The Reserve Bank of Australia should leave interest rates unchanged ahead of the federal budget despite some promising signs for the domestic economy, Crawford School’s RBA Shadow Board has found.

“Latest economic news shows some promising signs for the Australian economy. However, the new government’s first budget, to be announced on 14 May, is a big unknown,” said shadow board chair Dr Timo Henckel.

The RBA Shadow Board is a project based at the Centre for Applied Macroeconomic Analysis (CAMA) at Crawford School of Public Policy.

It brings together nine of the country’s leading experts to look at the economy and make a probabilistic call on interest rates ahead of monthly RBA Board meeting.

The RBA Board will meet this Tuesday.

“It will likely be contractionary for the economy overall as the Coalition government seeks to reduce spending in a long-term effort at balancing the budget. Moreover, there is much speculation about the distributive implications of the budget. If the budget turns out to be tight and regressive, it will reduce aggregate demand and increase the likelihood that interest rates remain low.”

Australia’s unemployment rate fell to 5.8 per cent in March, while inflation lies barely above the middle of the RBA’s target band of two to three per cent. The Australian dollar has held up during the past month, now valued at 93 US cents. Asset markets, in particular housing, remain buoyant. Domestic consumption and production indicators are continuing their modest upward trend.

Internationally, the clouds appear to be lifting ever so slightly. US economic data is improving and the Federal Reserve Board announced a further reduction of its asset purchasing program. Several European crisis countries, foremost Greece, are finally showing signs of rebounding. In particular, their improved access to international credit markets at favourable conditions has surprised many analysts. China’s growth is slowing, and the possibility of a credit crunch remains real, but a growth rate of seven per cent is considered by many to be a lower bound.

The RBA Shadow Board includes ANU professors Bob Gregory and Professor Warwick McKibbin, who have both served on the RBA Board.

The Shadow RBA’s full recommendation can be read at the CAMA website: https://cama.crawford.anu.edu.au/