Home » News and events » All stories » A tough call 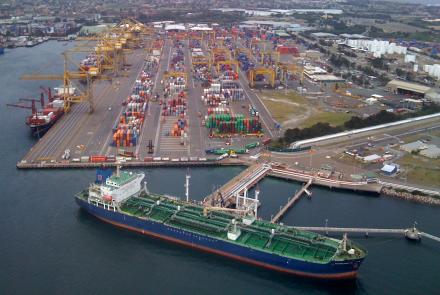 If Australia does not follow other countries monetary policy, it is likely that demand for Australian exports will temporarily weaken. Image by Aaron Jacobs on Flickr: www.flickr.com/photos/aaronjacobs/

Hold steady: Shadow RBA Board tips no change
Cash rate expected to stay as is.

The Reserve Bank of Australia’s decision to cut the policy interest rate to an historic low of 2.25 per cent must have been a very close decision given the state of the economy and conditions in the housing market.

Real GDP growth in the year to the September Quarter 2014 was 2.7 per cent and core inflation in December was running at 2.3 per cent which is within the RBA target band. A central bank that targets nominal growth rather than only inflation might sum these together for a nominal growth target of 5 per cent. A useful rule of thumb is that policy is expansionary when the policy interest rate is below this nominal growth rate. The gap today is 2.75 per cent. By this measure, monetary policy is very loose. By other measures (such as actual nominal GDP growth relative to the policy interest rate) it is less clear.

There are two major considerations facing the RBA in its deliberation over interest rates. These are expected conditions in the global economy and in the Australian economy over the next several years.

The international economy is fragile. While the US is recovering, many countries face weak or negative economic growth. In Europe, growth has faltered and deflation is emerging. Countries such as Greece are going through economic and political turmoil as the government debt to GDP ratio rises, even though the government has generated a budget surplus through painful reforms. Falling nominal GDP growth combined with very high government debt cripples an economy. The European Central Bank has announced a policy of Quantitative Easing (QE) which involves buying up to 1.3 trillion Euros of government debt. This is aimed to boost liquidity in the Eurozone but in fact, if it does work, it will be mainly through a depreciation of the Euro relative to other countries and shifting demand away from those economies towards European exports.

Japan has been pursuing the same strategy of QE to bring down the value of the Yen. Singapore and Canada have also recently loosened monetary policy in the face of the currency wars. The problem is that there are more countries in the world than currencies so in the end no-one wins with this strategy if all countries follow it.

If Australia does not follow other countries in ultra-loose monetary policy it is likely that the Australian dollar will strengthen, and therefore temporarily weaken demand for Australian exports. If Australia joins the currency wars then the result will be a relatively weaker Australian dollar, but the loose monetary policy required to achieve this will push up asset prices in the short term. Over a number of years inflation would likely emerge. A monetary response of this type is temporary but the structural problems causing Australia’s predicament are permanent.

The decline in commodity prices has significantly reduced Australia’s national income but so far without the major economic dislocation that many pessimists predicted. Melbourne house prices rose 2.7 per cent in January which suggests that the historically low interest rates are putting upper pressure on asset prices. The February cut in interest rates will accentuate this problem - hence the RBA Governor’s appeal to other regulators in his policy statement.

This uncertainty means it is not possible to say definitively one way or another whether the RBA decision is right or wrong.

The bottom line is that monetary policy is not the main solution to the structural and macroeconomic issues facing the Australian economy.

Government debt is too high given the spending which generated that debt was not used productively to generate a return to service that debt. Taxes and spending must change. Uncertainty about the fiscal response is hurting long term investment decisions. The cost of doing business in Australia is too high relative to our major competitors. This is not permanently solved by a small cut in interest rates. It is only addressed through sustained economic reform that generates productivity growth (which is the same thing as cost reductions). The RBA made a tough call that history will ultimately judge.